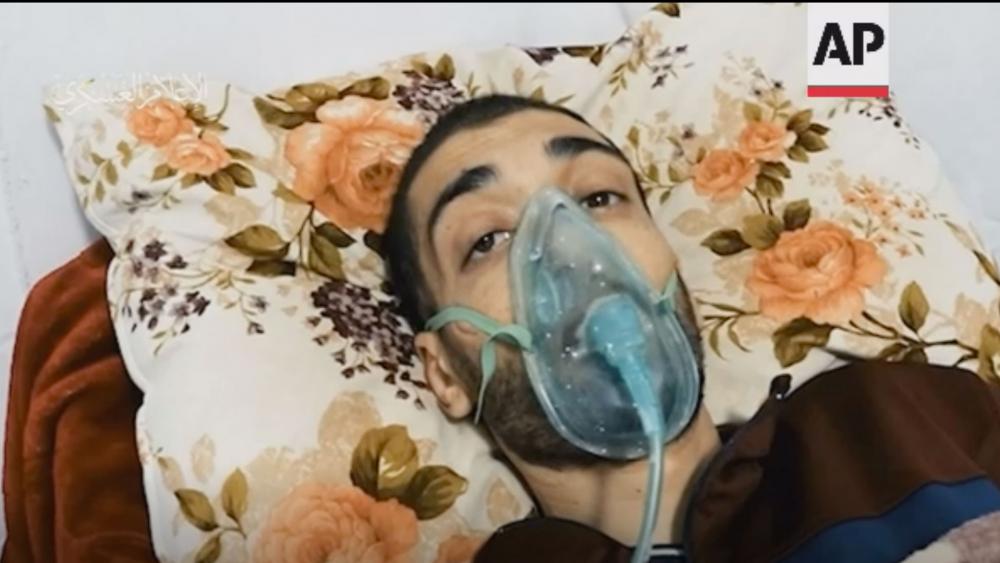 JERUSALEM, Israel– The Hamas terror group on Tuesday released footage showing an Israeli citizen it has held hostage in the Gaza Strip since 2015 lying in a hospital bed wearing an oxygen mask.

It is the first image of Hisham al-Sayed, an Israeli Bedouin, since he wandered into Gaza in 2015. He appears fatigued and does not speak in the video.

The footage followed a rare announcement from Hamas on Monday that “the health of one of its Israeli prisoners has deteriorated.”

Prime Minister Naftali Bennett’s office questioned the credibility of the footage and said it is “intended for extortion.”

Al-Sayed is one of four Israelis Hamas is holding captive in Gaza. Al-Sayed and another prisoner, Avera Mengistu, stumbled into the Hamas-controlled territory in 2015 and 2014. Rights groups say the two men are mentally ill.

The terror group also has the bodies of two Israeli soldiers — Oron Shaul and Hadar Goldin — who were killed during Israel’s war with Gaza in 2014.

Repeated attempts to release the captives and return the bodies of the soldiers have failed.

Bennett’s office said Hamas’ announcement about al-Sayed’s heath proved that “it is a cynical and criminal terrorist organization, which holds mentally ill civilians in violation of all international conventions and laws, as well as the bodies of fallen Israeli soldiers.”

“The State of Israel will continue its efforts, mediated by Egypt, to bring the captives and the missing back home,” the statement concluded.

Senior Israeli officials who spoke anonymously to the media dismissed the announcement as “psychological warfare.”

One official told the Kan Public Broadcaster “this is a provocation from Hamas” and “we do not recognize any change in their health.”

Hamas has demanded that Israel release hundreds of terror convicts and suspects from Israeli prisons in exchange for the captive Israelis. Such a move would be highly controversial and it is unlikely that an Israeli government would approve it.

In 2011, Israel exchanged 1,027 Palestinian prisoners for Israeli soldier Gilad Shalit. The decision was contentious, and critics believed it favored Hamas too much.

Al-Sayed’s father, Sha’aban, told Israel’s FM103 radio that it is “somewhat encouraging” to see his son alive after years of silence, and said any deal to bring him home should involve the release of all the captives.

“We want all the captives to return home to their families,” Sha’aban said. “I am prepared to wait more so that they release all of them.”

“I was relieved to see him, and I cried when I saw the video, but I also saw that he is not well,” she said. “I don’t know if he is getting the treatment he needs. I think about him day and night, and I just want my son to come back to me."