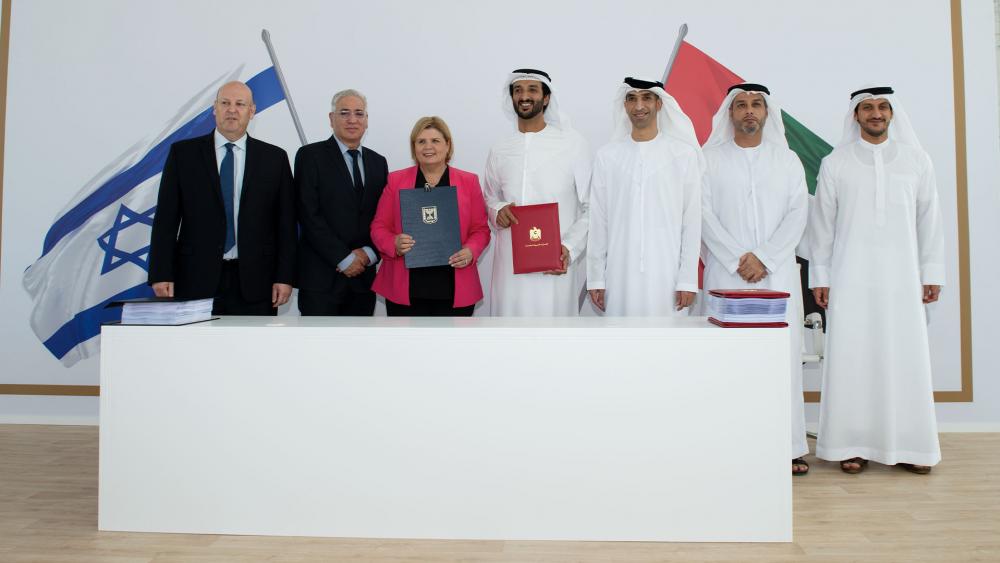 There’s history in the making in the Middle East as Israel entered its first free trade agreement with an Arab nation. The Tuesday signing is another positive result of the Abraham Accords, and trade between Israel and the Gulf States is already reaping the benefits.

“I’m certain that this is not only about developing opportunities in the business community and initiatives and developing new technology in Israel but also in the Emirates. And you know what? It will be an inspiration to the countries that are watching about the things that are possible. I am convinced that we have here an unlimited potential,” Barbivay said.

“This agreement will accelerate economic growth and strengthen the common belief that the only way to build durable and sustainable economies in the complex world is together,” Bin Ahmed al Jaber said in a statement.

“This agreement represents something larger than business: the importance of building significant partnerships. Our agreement can prove to countries and governments around the world that cooperation and dialogue are the best way to transform challenges [into] opportunities,” he added.

Negotiated over about six months, the two countries are expected to increase bilateral trade in goods and services as well as Israeli exports to the UAE.

“I don’t think ever in history a free trade agreement was negotiated as quickly and as efficiently as this one was,” said Jon Medved, CEO and Founder of OurCrowd, an online global investing platform.

“Usually, free trade agreements are reserved for countries’ best friends, people who are long-term allies, have a long-term relationship and they usually take years to process these deals,” Medved told journalists at a briefing sponsored by Media Central.

Medved says he saw a positive impact before the agreement was even signed.

“Already in the first quarter, we were up by eight [times] on the preceding quarter to the Abraham Accords. Last quarter there was a billion dollars in trade in the quarter. Since the Accords were signed it’s $2.5 billion in mutual trade,” said Medved.

Medved sees an unstoppable momentum ahead.

“For the UAE to help Israeli companies scale up and reach new markets in South and Southeast Asia; for Israel to provide key technology components to UAE companies in a variety of disciplines – whether it's food technology or cybersecurity or mobility or smart cities or PropTech or InsurTech – it's really almost unlimited,” Medved said.

“The next steps we'll see is, operating joint ventures, joint contractual ventures between Emirati and Israeli businesses to figure out how to work with each other," al Binali told journalists.

Al Binali says the idea is to expand, not replace current trade partners.

“I expect to see more and more private joint ventures between the two markets, once we see companies that have shareholders and executives that are both Israeli and Emirati working together, to look at both business models, geographies, and so on,” he said.

Amid the progress, one of the prevailing questions is whether Saudi Arabia will come on board.

“The Saudis are very, very much a tech embracing society. They have been very active investors in venture capital globally. They are some of the smartest investors in the world. They've [got] incredible resources there. But more than just being investors, they want a job creation in terms of technology jobs,” Medved said.

In the meantime, the Abraham Accord countries are moving ahead at an historic pace for the region. 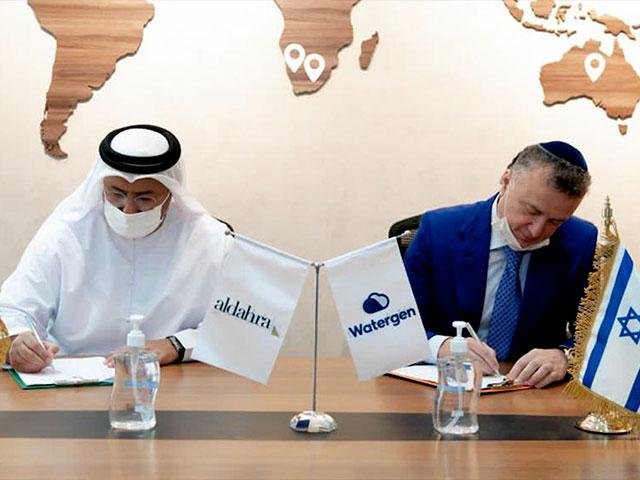 Israeli Company Makes Water Out of Air Worldwide, Friends Out of Enemies in the Middle East
CBN News Email Updates