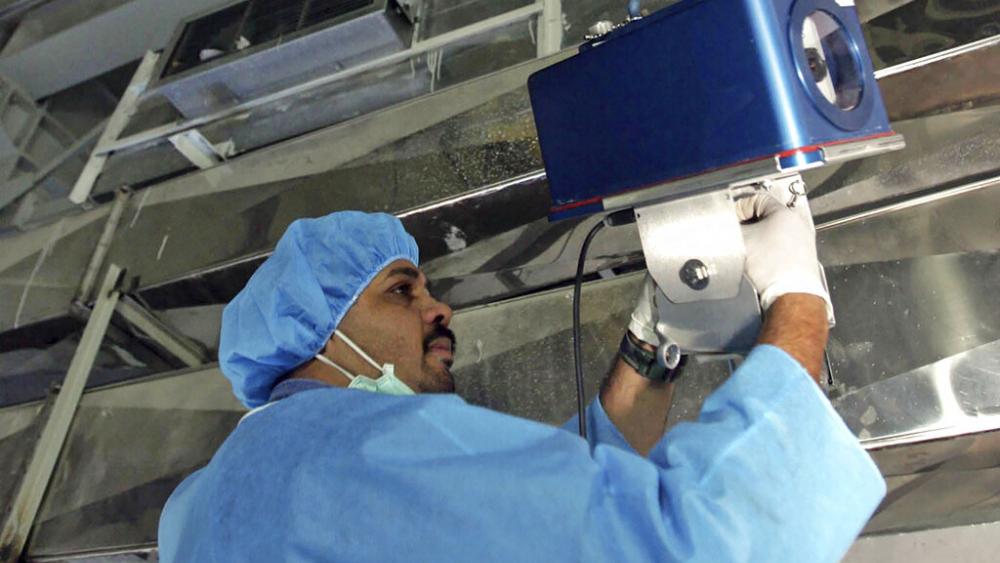 An inspector of the International Atomic Energy Agency sets up surveillance equipment, at the Uranium Conversion Facility of Iran, just outside the city of Isfahan, Iran, Aug. 8, 2005. (AP Photo/Mehdi Ghasemi, ISNA, File )
6307689983112
Iran Turns Off Cameras at Nuclear Sites as World Leaders Rally Against Tehran

The head of the UN's nuclear watchdog agency announced Iran is removing more than two dozen surveillance cameras from its nuclear sites around the country. The decision means Iran’s nuclear program will be more and more hidden from the eyes of the world.

“Let's hope that emotions go down a little bit and that we focus again on the problems because the problems are not disappearing. And if we add to the problems less visibility, less access to the agency, then I don't think we are solving anything; we are aggravating everything,” said Rafael Mariano Grossi, Director General of the International Atomic Energy Agency (IAEA).

Even as the cameras were turned off, thirty nations voted to censure Iran after the agency discovered nuclear activities at three undeclared sites. Israeli Prime Minister Naftali Bennett praised the response.

"We see in this decision, on the one hand, the lies and hypocrisy of Iran in the nuclear context and in general, and on the other hand we see here the correct standing of the countries of the world in distinguishing between good and evil when they say clearly 'Iran is concealing things,’” said Bennett.

In the meantime, the IAEA says Iran plans to increase its uranium enrichment with more advanced centrifuges approaching weapons-grade levels.

On Capitol Hill, lawmakers from both parties endorsed legislation regarding Iran’s latest moves.

“The Defend Act directs the Secretary of Defense to seek, to cooperate with allies and partners to identify an architecture and acquisition approach to air and missile defense system,” said the bill’s co-sponsor, Sen. Joni Ernst (R-IA).

Iran’s growing missile and drone capabilities are seen as a regional threat.

As members of the Abraham Accords Caucus, the sponsors believe the legislation builds on the agreements.

“The key to the Abraham Accords and this new relationship that was fostered through the previous Administration is about recognizing between Arab and Jewish states that Iran, Iran is the common threat,” said Rep. Ann Wagner (R-MO)

The head of the IAEA says if this pace continues, it would be “a matter of just a few weeks” before Iran could get sufficient material needed for a nuclear weapon. 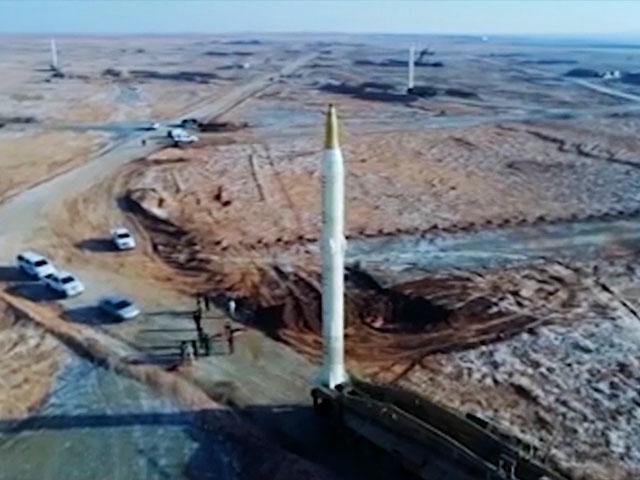