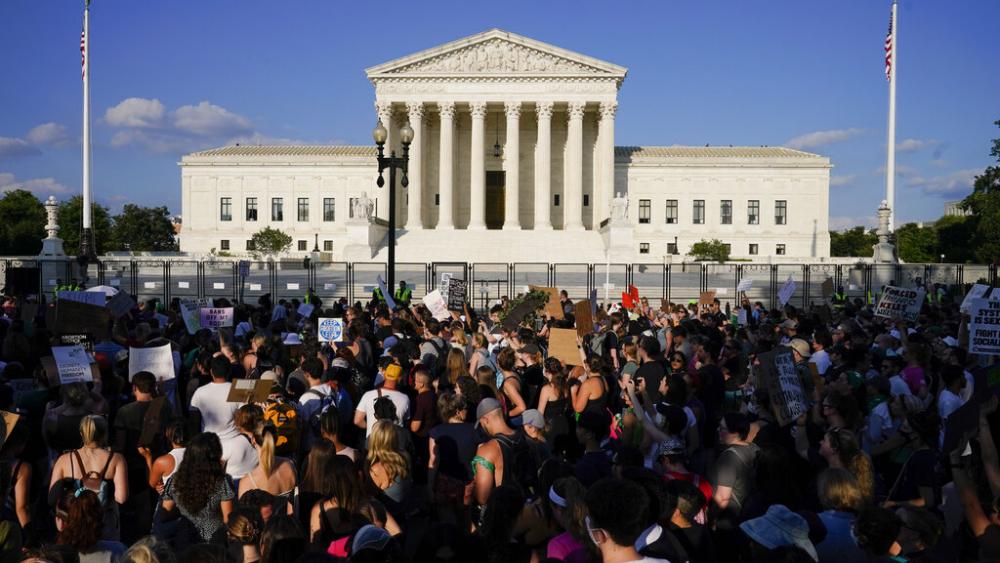 Protesters fill the street in front of the Supreme Court after the court's decision to overturn Roe v. Wade (AP Photo)

A parliamentary committee approved the changes aimed at making it easier for Israeli women to obtain abortions. The new rules will make abortion pills more widely available through the country's universal healthcare system. Now, Israeli women will be able to get abortion pills from their local health clinics instead of just hospitals. Additionally, the rules remove a long-standing requirement that women physically appear before a special committee to request permission for an abortion.

The changes will go into effect in three months.

"The rights to a woman's body are those of the woman alone," said Health Minister Nitzan Horowitz in the statement announcing the changes.

"The move by the US Supreme Court to deny women control of their bodies is a backward move, oppressing women and setting back the leader of the free and liberal world by a hundred years," he said. "We are in a different place, and today we are taking big steps in the right direction."

Be'ad Chaim, an Israeli pro-life organization is disappointed by the decision and recently joined a petition asking Israel's High Court to ban abortion after the 24th week.

"We recognize the 24-week-old fetus (baby) as a person who can survive out of the womb –  viable human being," Be'ad Chaim's director, Sandy Shoshani, told CBN News. "In Israel, they will save a baby only from 24 weeks and not before."

Israel's High Court is expected to rule on the petition in mid-July.

Abortion is widely available in Israel and the issue is far less controversial in the Jewish state than it is in the US.

An estimated one in five pregnancies are terminated each year, with the government funding most abortion procedures.