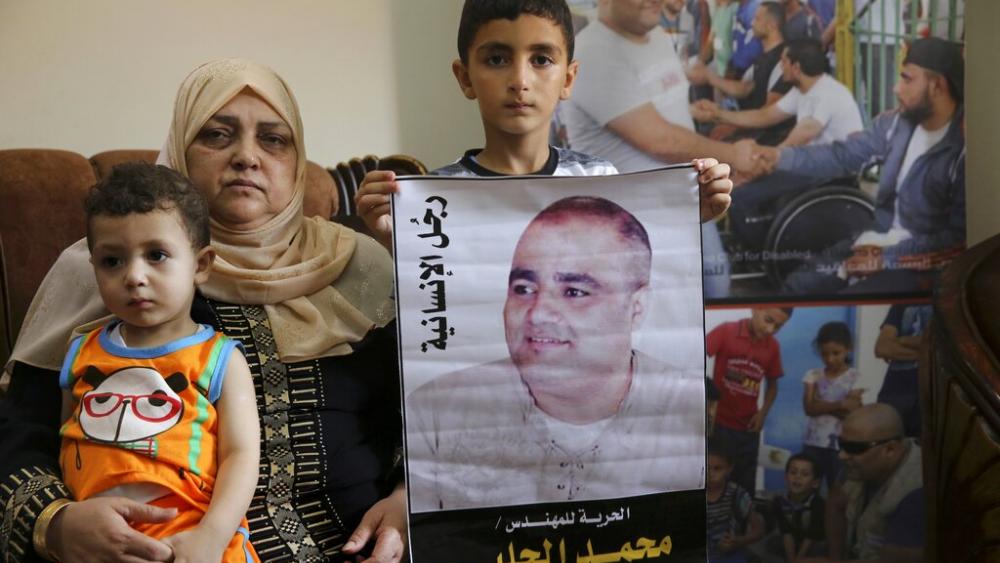 JERUSALEM, Israel – An Israeli court on Wednesday found an employee of World Vision, a leading Christian charity, guilty of transferring millions of dollars in funds to the Hamas terror group in the Gaza Strip.

Israeli forces arrested Gaza aid worker Mohammad el-Halabi in 2016 and accused him of funneling tens of millions of dollars to Hamas. Wednesday’s ruling was the latest development in a high-profile, years-long case that has captured the attention of Western leaders.

Both el-Halabi and World Vision have repeatedly denied the allegations and his attorney says he intends to appeal his case to Israel’s Supreme Court.

A district court in the southern Israeli city of Beersheba said the defendant was guilty of membership in a terror organization, providing information to terrorists, participating in military exercises, carrying a weapon, and diverting “millions” of dollars of World Vision donor funds to Hamas.

The court said Israeli authorities believe el-Halabi was recruited by Hamas’ military wing, the Izz al-Din al-Qassem Brigades, in 2004. According to the ruling, Hamas sent El-Halabi to World Vision to “gain influence at an international organization.”

“During the relevant period, the defendant met frequently with Qassam operatives in order to be updated on the needs of Hamas. The defendant then worked with World Vision in accordance with these needs,” Justice Natan Zlotchover wrote in the decision.

Israel has not made the evidence against el-Halabi available to the public and the court’s 254-page decision is also being kept “confidential.” An abbreviated version of the ruling was released to the press.

The court relied heavily on el-Halabi’s confession to Israeli security agents. He later tried to retract the confession during closed-door testimony in 2019, but the judges were not convinced.

“The defendant’s confession, given in various ways, is detailed, coherent, with signs of truthfulness,” Zlotchover wrote, adding that the evidence corroborated his account. “The defendant relentlessly sought to retract his confession and gave a host of contradictory and unlikely explanations for how he confessed to the charges against him to two different parties.”

El-Halabi’s attorney and family say his confession, which Israel has kept confidential, was given under duress to an unreliable Palestinian informant and should not have been admitted into evidence.

Israeli prosecutors offered plea bargains to el-Halabi, but he turned them down and maintained his innocence, according to his lawyer, Maher Hanna.

Hanna accused the court of being biased toward Israeli security forces and condemned it for choosing to keep much of the evidence against his client confidential.

"All the judge said, if I want to summarize it in one sentence: ‘The security forces cannot be wrong, they are probably right,'” Hanna told reporters.

Israel’s Foreign Ministry commented on the verdict, saying it “continues to support international efforts to provide assistance to the Gazan population."

Israel “remains committed to cooperating with, and facilitating, the continued operations of humanitarian organizations, including World Vision, in a manner consistent with security considerations and applicable standards,” it said.

World Vision, which distributes some $2.5 billion in annual aid, suspended its operations in Gaza after el-Halabi’s arrest. The Christian organization has said it implemented firm controls to prevent the diversion of aid to terrorists and that it is disappointed by Wednesday's verdict.

“In our view there have been irregularities in the trial process and a lack of substantive, publicly available evidence. We support Mohammad’s intent to appeal the decision, and call for a fair and transparent appeal process based on the facts of the case,” the organization said in a statement.

“As followers of Jesus Christ, World Vision is accountable to the children and families we serve, to our donors, and most of all to God to be faithful stewards. We strongly condemn any act of terrorism or support for such activities, and reject any attempt to divert humanitarian resources or exploit the work of humanitarian organizations operating anywhere,” it said.

Professor Eugene Kontorovich, Director of International Law at the Jerusalem-based Kohelet Policy Forum applauded the verdict and accused critics of being “anti-Israel.”

“Israel's investigation and prosecution was long because it was careful - prosecutors knew the network of anti-Israel ‘human rights’ organizations would rally behind their own and condemn any guilty verdict. It is not surprising organizations like World Vision that have entirely adopted a solely Palestinian narrative have leaders that take the next step to Hamas. International aid organizations that allow themselves to be infiltrated by terror groups like Hamas can face civil liability in American courts for allowing funds to be used to kill Jews,” he said.

The case has gained international attention.

The European Union called for el-Halabi’s “immediate release” in January and American diplomats attended several hearings before the High Court of Justice.

In February, the US embassy in Jerusalem told el-Halabi's family that US officials were "closely monitoring" the case.

In 2017, World Vision worked with several Western donor countries to conduct an independent investigation with a team of about a dozen lawyers, including several former assistant US attorneys.

The team reviewed 300,000 emails and conducted more than 180 interviews while forensic auditors analyzed nearly every financial transaction at World Vision from 2010 to 2016.

The team, headed by the global law firm DLA Piper and the accounting firm Deloitte, submitted a 400-page report of their findings to World Vision in July 2017.

Brett Ingerman, a lawyer with DLA Piper, told AP that the report found no evidence that el-Halabi worked with Hamas or siphoned any donor funds to the terror group. Instead, they found that el-Halabi had enforced internal controls and ordered employees to avoid anyone suspected of being affiliated with Hamas.

World Vision said it offered the results of the independent audit to Israel, but Israeli authorities turned them down because they would not sign a non-disclosure agreement.

The Australian government conducted its own audit of World Vision and found no evidence that any of its donations to the Christian charity had been given to Hamas. Australia was the biggest single donor to World Vision’s work in Gaza.

Despite the independent audits, NGO Monitor, an Israeli non-profit watchdog, has claimed World Vision’s operations in Gaza were “susceptible to aid diversion” due to its “willingness to negotiate and coordinate with armed groups.”

“The verdict is a reminder of the centrality of due diligence and credible oversight in the future to prevent the abuse of aid for terror in the region. To avoid enabling murderous Hamas attacks, which also compounds the suffering of Gaza residents, aid groups must implement rigorous vetting procedures, particularly regarding employees and their activities. If they cannot or will not do so, they should not be funneling more money into territory controlled by a terrorist entity,” said Steinberg.

El-Halabi is set to be sentenced on July 10.