Israelis Step Up to Deliver Baby Formula to Christians in Texas 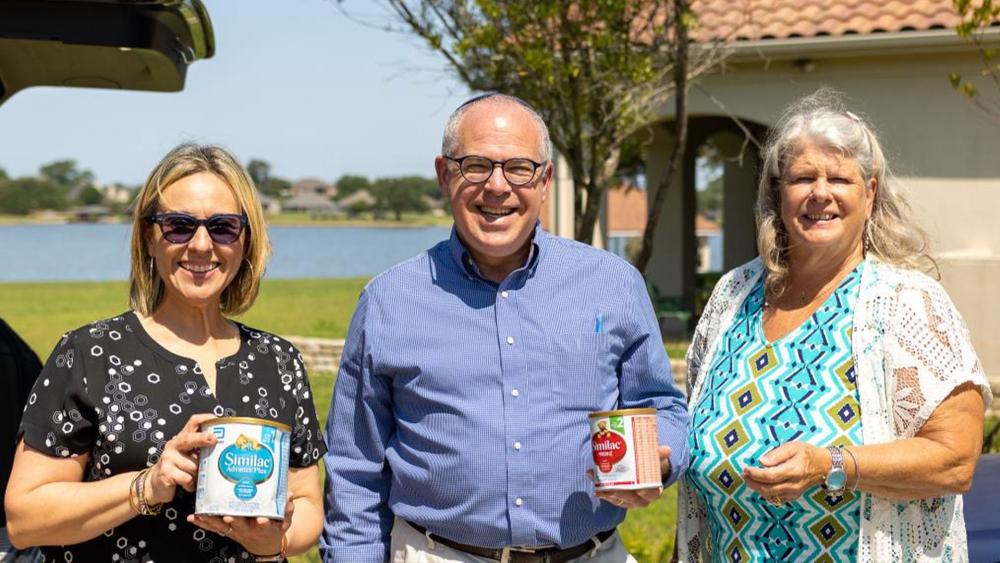 JERUSALEM, Israel —A baby formula shortage triggered by a global supply chain crisis has sent parents across the United States scouring supermarket shelves in search of nourishment for their babies.

With many families still unable to get their hands on infant formula, Israelis are stepping up to help.

The Genesis 123 Foundation, a non-profit that seeks to build bridges between Christians and Jews, recently delivered 200 pounds of baby formula to two churches in Texas.

“I was troubled to hear about the major shortage of baby formula, and people turning to every means to get the precious powder that keeps their children nourished and even alive,” says Jonathan Feldstein, an orthodox Jew and president of the Genesis 123 Foundation.

Initially, Feldstein planned on bringing a few cans of formula from Israel in his suitcase during a trip to the US. Then he decided to enact the help of a major Israeli grocery store and his neighbors to bring even more.

Feldstein delivered more than $2,200 worth of formula to New Beginnings Church and First Melissa Church in the Dallas-Fort Worth area to be distributed to families in need.

Feldstein sees the endeavor as a fulfillment of God’s promise to Abraham in Genesis 12:3 that He will bless those who bless Israel, curse those who curse Israel, and that all the families of the earth will be blessed through Israel.

“We know that God will bless those who bless Israel and that this project is the perfect example. As we stand in support of Israel, now Israel is blessing us. It makes a huge difference that Jonathan and the Genesis 123 Foundation made this possible,” said Pastor Wanderson and Pabliana Franco of New Beginnings Church.

The project has already inspired Israelis to join the cause, either by donating funds for future special deliveries to the US, or by bringing baby formula with them to the States on their own.

Feldstein hopes the baby shortage crisis will be resolved soon, but until then, he’s looking for ways to bring more suitcases full of formula to those who need it most.