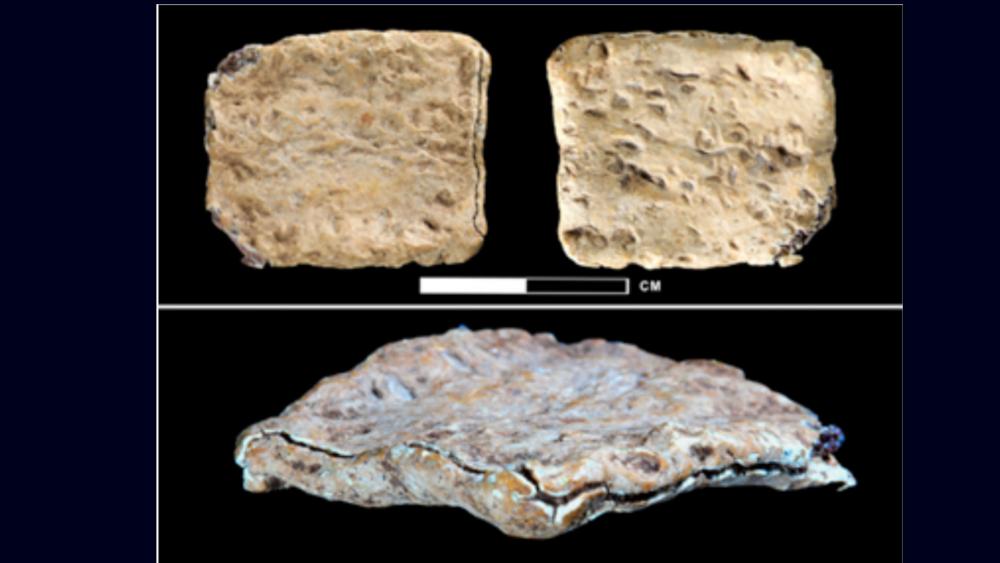 JERUSALEM, Israel – Experts from the Associates for Biblical Research (ABR) say they have deciphered an ancient curse from a lead tablet found during excavations on Mt. Ebal, the site believed to be where Joshua built an altar to the Lord.

Archaeologist Scott Stripling and an ABR team found the tablet in December 2019. They discovered it in discarded material taken from excavations conducted by Israeli archaeologist Adam Zertal on Mt. Ebal, located in Judea and Samaria near the Palestinian city of Nablus. Zertal is believed to have found Joshua’s altar after spending much of the late 1980s digging on the mountain.

According to ABR, the tablet is inscribed with 40 ancient Hebrew letters and is “centuries older than any known Hebrew inscription from ancient Israel.”

Stripling teamed up with four scientists from the Academy of Sciences of the Czech Republic and two epigraphers to decipher the text. They believe it says: “Cursed, cursed, cursed - cursed by the God YHW. You will die cursed. Cursed you will surely die. Cursed by YHW – cursed, cursed, cursed.”

According to Stripling, “These types of amulets are well known in the Hellenistic and Roman periods, but Zertal’s excavated pottery dated to the Iron Age I and Late Bronze Age, so logically the tablet derived from one of these earlier periods. Even so, our discovery of a Late Bronze Age inscription stunned me.”

Deuteronomy 27 and Joshua 8 describe Mt. Ebal as the mountain where those who broke God’s law were cursed. In Joshua 8:30-35, Joshua built an altar to God “as Moses the servant of the Lord commanded the children of Israel.” Joshua then read the whole law of Moses to the children of Israel including the blessings if they obey God and the curses if they abandon Him.

Stripling and ABR say they will publish their findings later this year in an academic, peer-reviewed article.