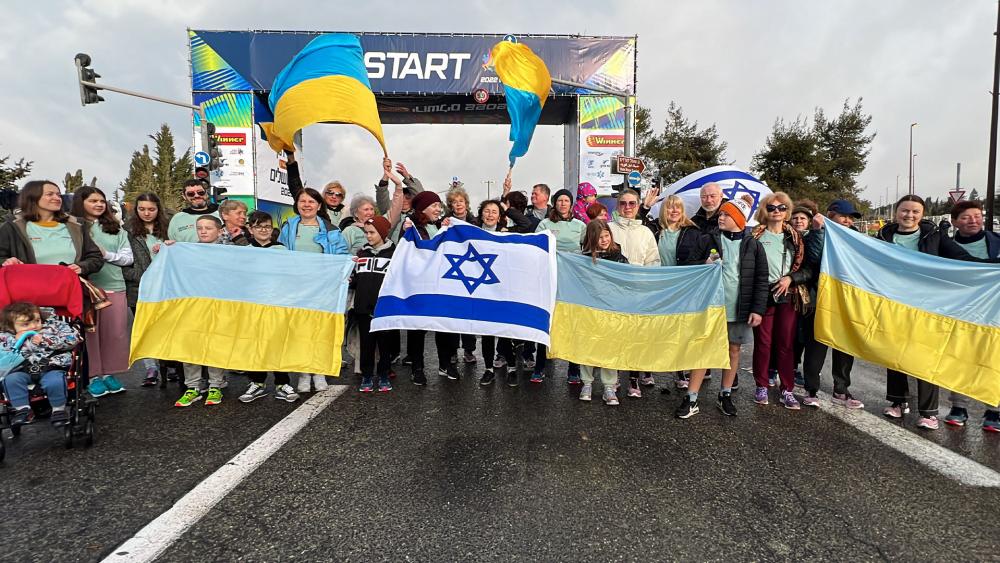 JERUSALEM, Israel – On an unseasonably cold and rainy morning, the Jerusalem Winner Marathon kicked off its eleventh annual run through the modern and ancient city. And some runners ran for Ukraine.

In fact, a Ukrainian refugee won the women's marathon.

Draped in Israeli and Ukrainian flags, Valentyna Veretska (Kiliarska) was the first woman to cross the finish line in the full marathon. “It’s a big day for me. I run for peace today,” Valentyna said.

Valentyna is a champion marathon runner from Ukraine. Just a month ago, she fled to Poland with her daughter while her husband stayed behind to fight the Russians. Now she’s in Jerusalem with all eyes on her. 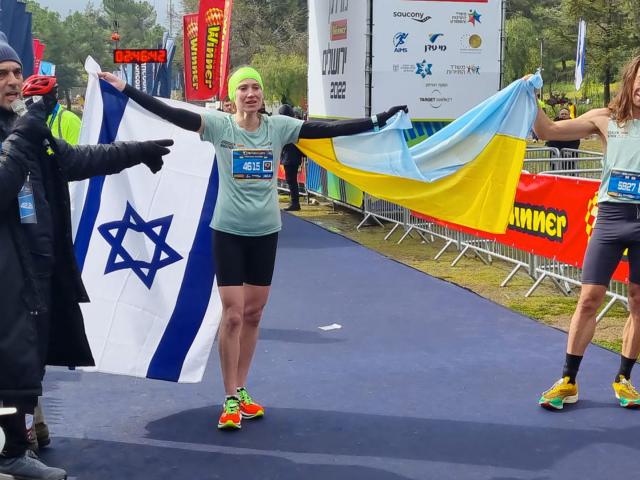 “One of my goal[s] it’s [to] show all my country that we fight always. We can do it and we win. I know it,” Valentyna told CBN News the night before the race.

About 25,000 runners participated in this year’s Jerusalem’s marathon, half-marathon, and four other races. At a press conference ahead of the event, Jerusalem Mayor Moshe Lion welcomed Valentyna.

“I am so pleased we were able to help you realize your dream to run here in Jerusalem. Dear friends, sport unites people. Sport can help with peace. So where better to run a marathon, then the City of Peace, the city of Jerusalem,” Lion said.

Valentyna wasn’t the only one from Ukraine running in the marathon.  A group of about 40 new immigrants and refugees who arrived in Israel recently also ran to show solidarity with Ukraine.

That included Masha Radko who came in second in the women’s half-marathon.

This is the first international event since Israel opened its borders to everyone after two years of COVID-19 closures and lockdowns.  At least 1,100 runners came from around the world to participate.

“Where else in the world can you run through three thousand years of history? Past so many holy sites, the Tower of David, the Old City walls, Sultan's pool and past modern landmarks of democracy, the Supreme Court, the president's house,” Lion said.

But according to Lion, who ran the 10 kilometer (six-mile) race, the running isn’t easy. “We learned in the Bible, Jerusalem is a city of hills, but you won't have to just read about it. You will experience it firsthand,” he said.

As a Christian, Valentyna said it's very special for her to run in Jerusalem. “I feel this place like it's my place. Like it's my home. It's strange really [but] I feel power from here. It's not like energy, but it's power. It's power, which push[es] me,” she said.

Valentyna, who is only in Israel for a few days, wanted to go to the Western Wall. Her only prayer there, she said, would be for peace in Ukraine.