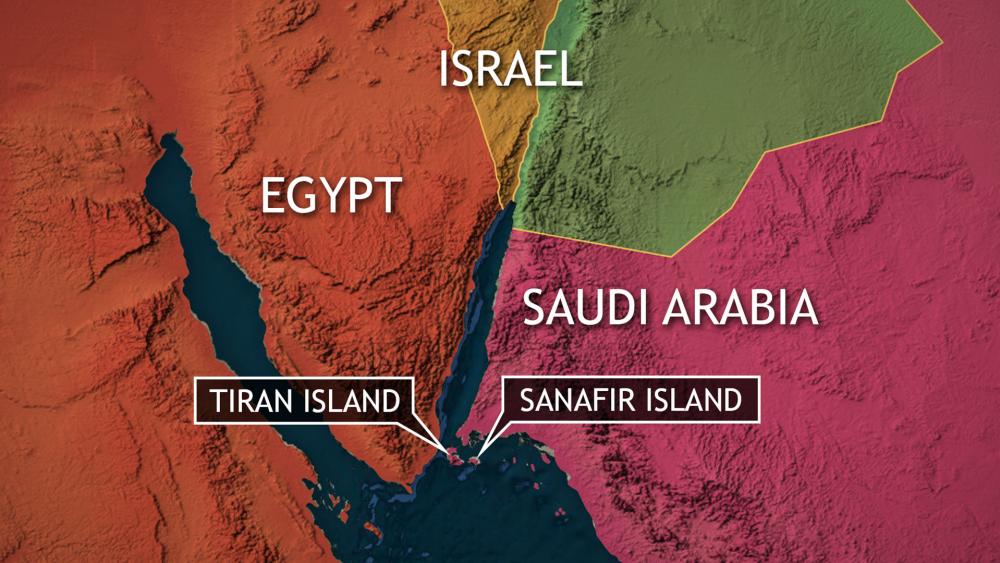 A media report this week suggested the U.S. is working toward an agreement that could normalize relations between Saudi Arabia and Israel. While there has been no official confirmation, talk of such a deal is sparking some optimism.

The negotiations, reported by Axios, would transfer control of two islands from Egypt to Saudi Arabia. Israel is involved because of its 1979 peace agreement with Egypt.

“I cannot comment directly but we know, it’s not a secret that we celebrate the Abraham Accords. Israel is a peace-seeking country, and we are a peace-seeking nation, and we want to expand this new circle of peace that we’re so proud to have since we signed the agreements with the UAE and Bahrain and Morocco, and we hope that Saudi Arabia will be one of the next countries to join this circle of peace. We pray for it,” Erdan said.

One question being asked is, why now?

“Egypt, Saudi Arabia, and America—they are strategic partners. It’s very important for America to be present in the Middle East and have good relations with those two countries,” said former Israeli Ambassador to Egypt, Zvi Mazel.

Part of that is because Saudi Arabia is at odds with Iran and is also one of the world’s largest oil producers.

“You cannot fix oil prices only with the quantity of oil produced by America. They need absolutely Saudi Arabia,” Mazel told CBN News.

Egypt is the Middle East’s largest country with a hundred million people and also has the biggest army.

“Egypt is important, very important. It has peace with Israel, but Egypt is a little bit farther away from Iran. They don’t have the same fear of Iran as Saudi Arabia. So, even though they are against Iran, they are trying to stay neutral,” said Mazel, who is currently an expert with GIS Reports Online.

Mazel says while these three countries need each other, the Biden administration has seen a shift in relations.

“I don't think that the United States is finding its way how to work together, to keep, a kind of a coalition—a Sunni coalition backed by Israel. The problem is that in principle, the United States has decided—and it was said many times—to get away from the Middle East,” he said.

Saudi involvement in the 2018 assassination of journalist Jamal Khashoggi strained relations with the U.S.

According to Mazel, however, a compromise could happen for the sake of standing against Iran.

“Facing Iran is the Sunni countries led by Saudi Arabia with the Emirates and Bahrain, with Egypt, absolutely. But they need also Israel because Israel is the only country among them that has an interest to face—even with violence, even with war—Iran,” he explained.

Mazel says every country has its own interests. And one way to unite them would be for Biden to build upon the Abraham Accords engineered by the administration of President Trump. Those agreements saw the United Arab Emirates, Bahrain, Sudan, and Morocco normalize relations with Israel.

“They gave them a very important aim, to be together for an economic and security basis. It was a big success. Now, Biden since his election, he has done nothing to encourage other Arab countries to join those Abraham Accords,” Mazel said.

Mazel said Biden took a positive step by keeping the Iranian Revolutionary Guard Corps on the list of Terrorist Organizations, although negotiations to sign a nuclear agreement, known as the Joint Comprehensive Plan of Action or JCPOA are ongoing.

“Going back to the JCPOA, nuclear agreement with Iran it’s not an opening—absolutely not. It’s the beginning of the end and a kind of a corridor to war,” he emphasized.

If the reported island deal were to succeed, it could possibly expand the Abraham Accord-style relations, opening the door to more economic cooperation in the Middle East and strengthening the coalition standing against Iran.