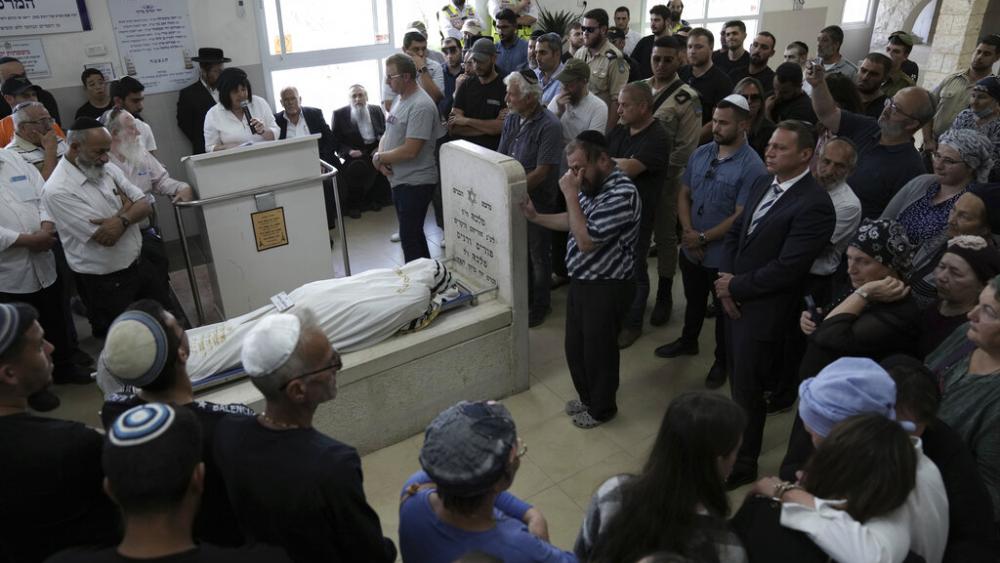 JERUSALEM, Israel – Hundreds of Israelis gathered in the city of Beit Shemesh on Sunday to lay to rest a 23-year-old security guard who was shot and killed by Palestinian terrorists late Friday.

When the terror attack happened, security guard Daniel Vyacheslav Golev was working outside the entrance to Ariel, a major Israeli settlement community located in the West Bank – biblical Judea and Samaria.

Security footage shows two people getting out of a vehicle and open firing on Golev at close range before fleeing.

According to authorities, Golev shielded another guard, who happened to be his fiancée, with his own body. He was pronounced dead at the scene.

At the funeral, Golev’s cousin, Vladimir, said he had “such a good, big heart.”

“We’ll tell our children and grandchildren about you, and you’ll be a role model for them,” he said.

Yevgeny Fligelman, the father of Golev's fiancée Victoria, thanked him for saving his daughter’s life.

"Vyacheslav is an angel, he saved my daughter," he said. "They were together and planned to get married next year. He proposed to her two weeks ago. He already regarded her as his wife. Victoria is still in trauma from what had happened, and she is in a difficult mental state."

Israel’s military said on Saturday that it arrested a pair of suspects following a 20-hour manhunt.

A preliminary investigation revealed that the suspects, as 19-year-old Yahyah Maree and 20-year-old Yousef A'ssi, were not told to carry out the attack by any terrorist groups. However, one of them had ties to Hamas.

Friday’s attack could further escalate tensions that have been soaring over the last month.

A wave of Palestinian terror attacks in Israel and the West Bank have killed 15 Israelis.