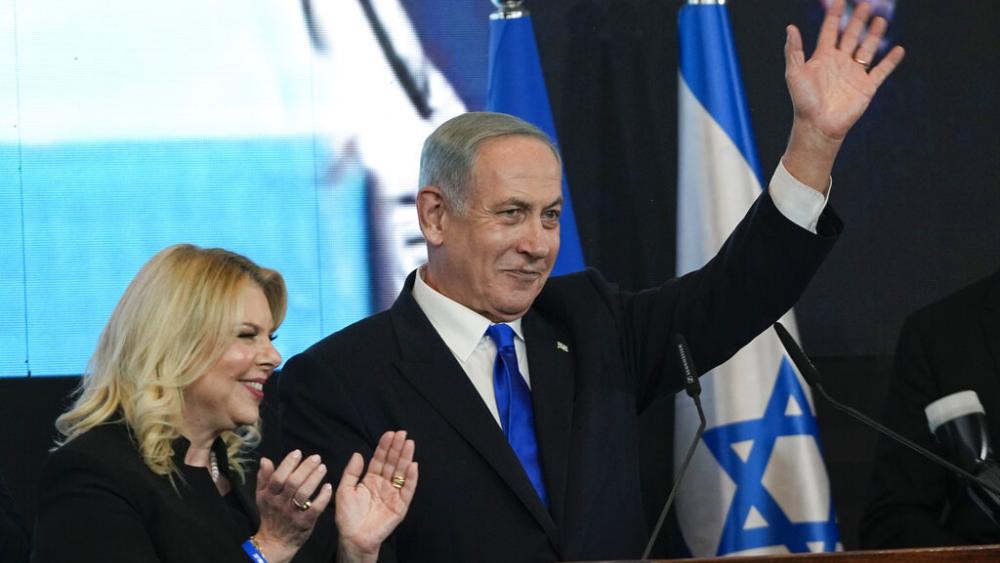 JERUSALEM, Israel – The vote counting is finished following Tuesday's Israeli elections, and Former Israeli Prime Minister Benjamin Netanyahu's bloc won a solid 64-seat majority in the Knesset, opening the door for the nation's longest-serving prime minister to return to office after 17 months in the opposition.

Prime Minister Yair Lapid conceded defeat and called to congratulate Netanyahu Thursday evening while assuring Israelis of an orderly transition. In a statement, Lapid said, "The State of Israel is above political considerations. I wish Netanyahu success, for the people of Israel and the State of Israel."

Tom Nides, the US Ambassador to Israel, also called Netanyahu and said he looked forward to working with him to help maintain the "unbreakable bond" between the two countries.

The leftist Meretz Party did not make it into the Knesset for the first time since its founding, and another party of the left, Arab Balad Party, also failed to clear the threshold of 3.25% required to join parliament.

Netanyahu has reportedly commissioned the Likud Party's second-ranking member, Yariv Levin, to begin discussions with the other party leaders in the coalition he hopes to assemble, which include the Religious Zionist Party, Shas, and United Torah Judaism.

It is unclear whether Netanyahu will seek to broaden the coalition to include some in the political middle and on the right who have refused to sit with Netanyahu or with the religious parties, such as Avigdor Lieberman and Benny Gantz. Although the leaders have steadfastly maintained they wouldn't be part of such a government, it is possible that other Knesset members who don't want to sit in the opposition might consider such a move.

Netanyahu has kept a low profile the past few days, waiting for the final results. He has said he'd like to form a government within two weeks, a sharp contrast from the contentious and sometimes chaotic process after the past four elections, which dragged on for months in some cases.