Lapid Blasts UN Resolution on West Bank, Jerusalem as a 'Prize for Terrorists' 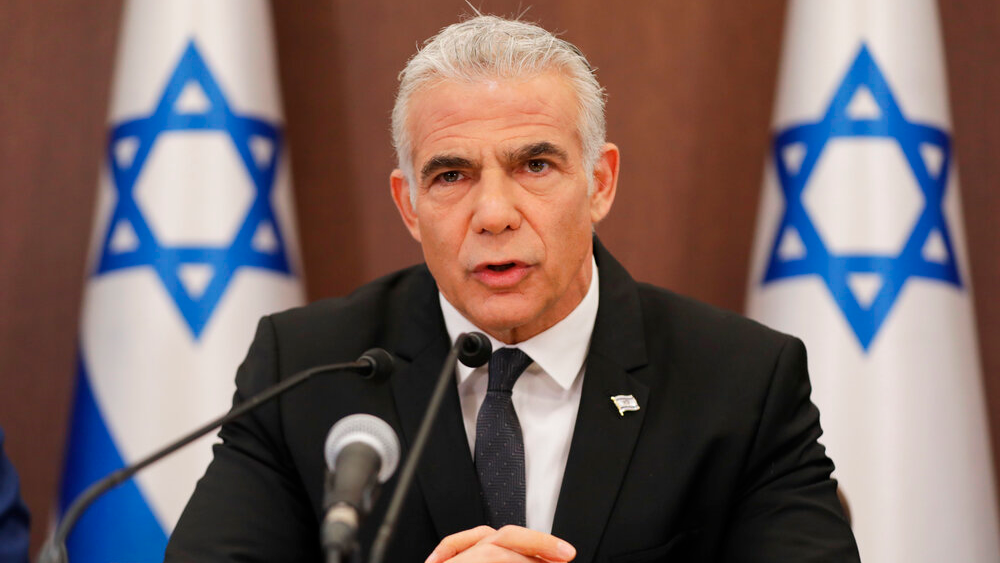 JERUSALEM, Israel – Outgoing Prime Minister Yair Lapid and other Israeli leaders strongly condemned a Palestinian-backed vote Friday in the United Nations General Assembly. It called for the International Court of Justice (ICJ) to advise the world body concerning Israel's "occupation" of territories in the West Bank (biblical Judea and Samaria, including Jerusalem), maintaining that it is a form of de facto annexation.

The resolution passed 98-17, with 52 abstentions. The United States, Australia, and Canada joined Israel in voting no. The measure will next go to the UN General plenary in December to be officially ratified.

Lapid cautioned that the vote could prompt more violence from Palestinians. "This step will not change the reality on the ground, nor will it help the Palestinian people in any way; it may even result in an escalation," he warned. "Supporting this move is a prize for terrorist organizations and the campaign against Israel."

Israel's UN Ambassador Gilad Erdan tweeted, "there is no authority that can declare that the Jewish nation is an occupier in its homeland," and added that the appeal to the ICJ in The Hague was "the last nail in the burial coffin" of reconciliation between Israel and the Palestinians. Defense Minister Benny Gantz said the resolution was "disconnected from reality."

The resolution contains language stating that Israel's continued control of territories it won in the 1967 Six-Day War can be considered a form of annexation, and therefore is not legal. Since 1967, Israel declared sovereignty over Jerusalem and the Golan Heights, but  military law still applies in other parts of the West Bank.

The Biden administration had campaigned against the UN resolution and urged Palestinian President Mahmoud Abbas not to introduce it. Part of Abbas's strategy may be to cement his legacy, since the 87-year-old president has not held elections in 16 years and a succession struggle is in its early stages.

The resolution also calls for investigations into Israeli actions concerning its capital which are “aimed at altering the demographic composition, character, and status of the Holy City of Jerusalem."  It also says Israel has adopted “discriminatory legislation and measures.”