'Light Up the Church': A Time to Remember 'The Night of Broken Glass,' Kristallnacht 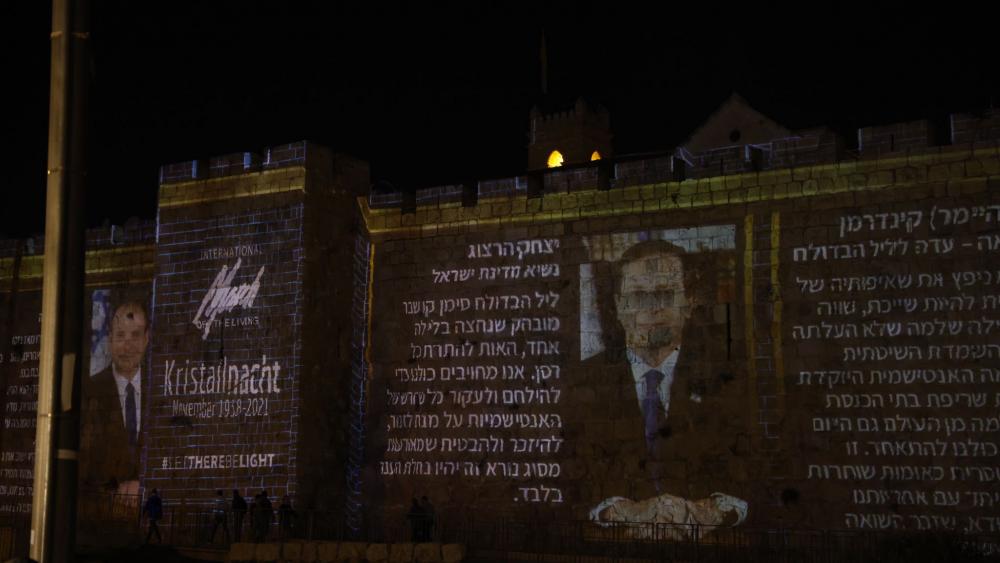 Photo of Kristallnacht Remembrance on Jerusalem's Old City walls; credit - Olivia Fitoussi.
6314930889112
'Light Up the Church': A Time to Remember 'The Night of Broken Glass,' Kristallnacht

That’s when the Nazis unleashed a wave of antisemitic violence on Germany’s Jewish community.  The night was horrific.  Rioters smashed the windows of Jewish businesses and synagogues. They also rounded up 30 thousand Jewish men and murdered at least 91 people.

This night was a precursor to the “final solution” when six million Jews died during the Holocaust.  During those years, tragically many Christians remained silent.  However, decades later many Christians are speaking up and standing with the Jewish people at a time of growing antisemitism around the world.

CBN's Chris Mitchell spoke with Gidon Ariel, the co-founder of Root Source who is also leading an initiative to help churches commemorate this dark event called “Light up the Church.”