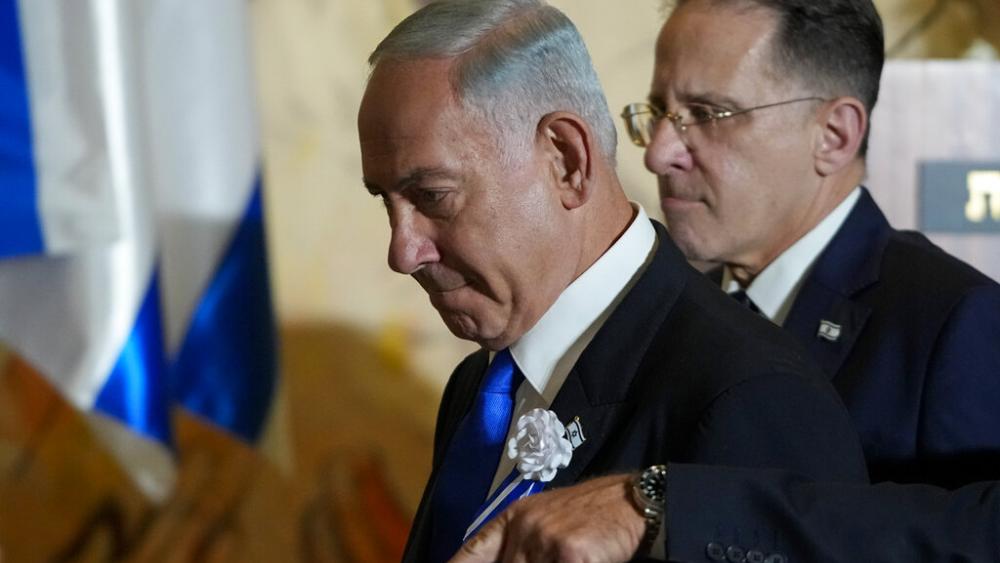 JERUSALEM, Israel – Officials from Benjamin Netanyahu's Likud Party have branded as "fake news" a report that there are discussions with the center-left secular parties to join a Netanyahu coalition without the religious parties.

Both Yesh Atid and the National Unity Party, headed by Defense Minister Benny Gantz, have repeated statements both before and after the November 1st elections that they would not sit in a Netanyahu government.

The former and future prime minister had hoped that he could wrap up discussions with the religious parties in time to present a government at Tuesday's opening of the Knesset, but the negotiations between the two sides bogged down.

According to the Maariv report, the Biden administration's reluctance to work with Bezalel Smotrich and Itamar Ben-Gvir from the Religious Zionist bloc led to pressure on Likud that resulted in feelers to the secular center-left parties.

The Religious Zionist camp released a statement reading, in part, that it was "disturbed by the reports that Netanyahu opposes the appointment of Smotrich due to pressure from the Biden administration and the fear that he will lead an aggressive policy against terrorism and the Palestinian Authority."

Otzma Yehudit Party leader Itamar Ben-Gvir, the second highest official in the Religious Zionist bloc, issued a Twitter statement saying, "Enough with shooting ourselves in the back: Bezalel (Smotrich) is a complete idealist, and I call on everyone to show responsibility. Let's enter into intense negotiations and closed rooms until the smoke clears. We will not establish a right-wing government with slander and quarrels."

A Likud statement suggested that some in the religious parties might be involved in creating the story about discussions with the secular parties. It read, “Those that are investing so much in spreading fake news should rather invest those efforts in forming a fully right-wing government, immediately,”