Netanyahu Expected to Start Coalition Talks with Ben-Gvir, Others, as Election Count Wraps 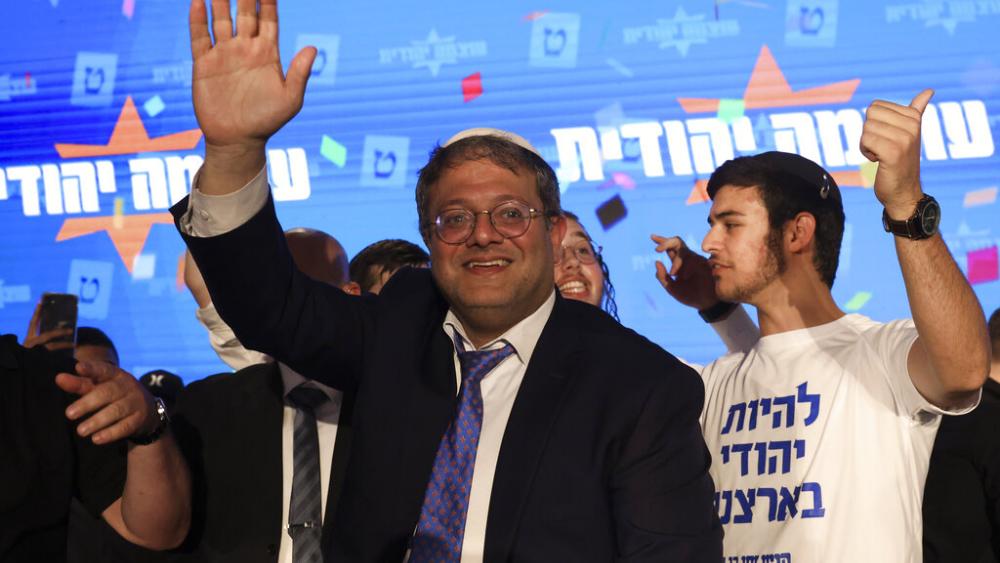 JERUSALEM, Israel – With most of the votes counted, it’s all but certain Benjamin Netanyahu will return to office as Israel’s next prime minister.

Even with the 400,000 so-called “double ballots” for soldiers, diplomats, prisoners, persons with disabilities and others yet to be counted, it’s likely he will carry a 65-seat majority into Israel’s next parliament, the Knesset.

It’s possible the new government could take office by the middle or end of November, although technically, the consultation process could drag out through the end of the year.

Besides the political comeback of Netanyahu, most of the media attention has focused on the rise of the Religious Zionist party, and its number-two leader, Itamar Ben-Gvir.  The Religious Zionist party gained 14 seats in this week’s election and will be the third largest party in the Knesset.  Ben-Gvir himself, a former follower of the late radical Jewish activist Meir Kahane, has been described as a “racist”, a “monster,”  “ultra-nationalistic” and a danger to Israeli democracy.

Even before the election, some US lawmakers warned Ben-Gvir would affect US-Israel relations. New Jersey Senator Bob Menendez, a Democrat who chairs the Senate Foreign Relations Committee, reportedly raised “serious concerns” with Netanyahu in September, if Ben Gvir was part of any future government.  Now, Axios reports the Biden Administration may have trouble working with the Netanyahu government with Ben-Gvir as a prominent member and even a potential minister.

While the Biden administration and a powerful senator in Washington raise concerns about Ben Gvir, why would Israelis catapult him and the Religious Zionist party to the third-largest party in the Knesset?

For many, it can be explained by what is happening here on the ground in Israel, where many Israelis feel unsafe because of a significant rise in Palestinian terrorism.  Mort Klein, President of the Zionist Organization of America noted in a statement, “During the first nine months of 2022, Arab terrorists perpetrated 1,781 terror attacks including shootings, stabbings, car rammings and Molotov cocktails. That’s almost seven terror attacks every single day.  This is an Intifada terror war.”

At the same time, Klein points out the Biden administration works closely with Palestinian Authority President Mahmoud Abbas,  whose Fatah party regularly praises Palestinian terrorists who commit terror attacks against Israelis and continues its “pay to slay” payments to Palestinian Arabs who have murdered Jews and Americans.

In an interview with Alex Traiman of the Jewish News Syndicate, Ben-Gvir said that at age 46 and as a father of six, he’s not the same person when he followed Meir Kahane as a teenager and has repeatedly renounced some of his views from decades ago. For instance, in September, Ben-Gvir told Israeli students: “I don’t advocate death to Arabs, nor do I advocate deporting all Arabs, but I have a problem with those who throw Molotov cocktails at us or hurt IDF soldiers. I also have a problem with those who are in the Knesset and go against our country.”

Another reason for the rise of the Religious Zionist Party is the desire of some Israelis for a more Jewish and less secular country.  Many supporters come from communities in the West Bank (biblical Judea and Samaria) that were sidelined by the current largely secular government.  Simcha Rothman of the Religious Zionist Party told CBN News, “Israel is a very conservative society, politically, in the way of life, in the, in the culture, in the family.  The second Israel will be able to decide its faith democratically, you will see the people choose more Jewish values because that's what the people in Israel want.”

However, some are concerned that the strict definition by the Religious Zionist party of who is Jewish might have an impact on government policy, and that it would have excluded the thousands of Jews who recently fled Ukraine.  Other Israelis are concerned the strict adherence to Jewish observances such as Shabbat might infringe on their freedom.  Yet, Ben-Gvir pledged, “I will work on behalf of everyone, including for those who don’t like me.”

That pledge will likely be tested soon when Benjamin Netanyahu forms his next government in the next few weeks.