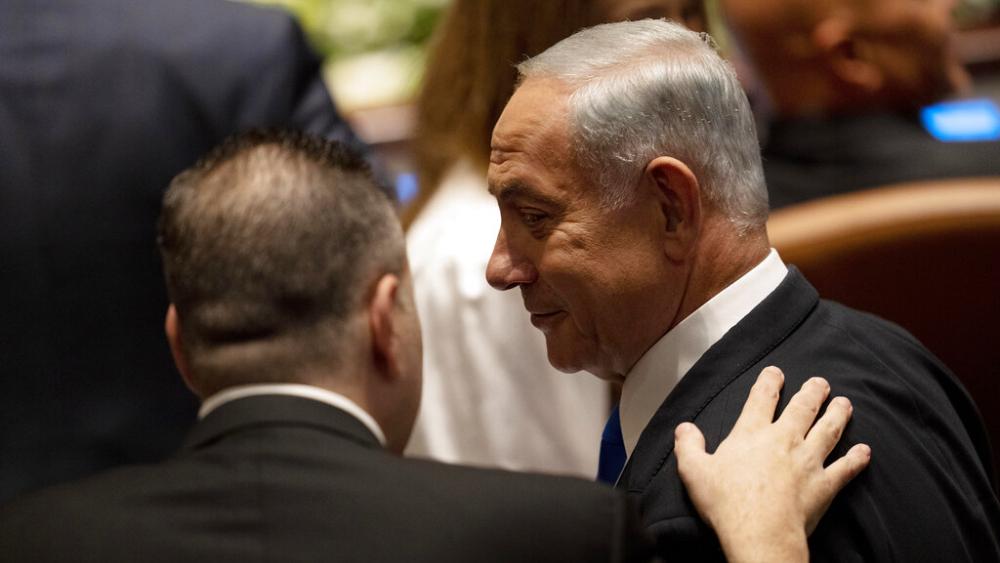 JERUSALEM, Israel – Amid reports that talks between incoming Prime Minister Benjamin Netanyahu and the religious parties in his proposed coalition are advancing, the Likud leader addressed the new Knesset for the first time on Monday, telling lawmakers he will seek a "broad consensus" on as many issues as possible, but will defer to majority rule, as is fitting for a democratic country.

Responding to Prime Minister Yair Lapid's charge that the new government could become a religious "halachic state," Netanyahu refused to "accept the moral preachings” of the Lapid government, saying that it went against “every norm of proper governance” during its term.

He also criticized Lapid and Defense Minister Benny Gantz for their role in the US-brokered maritime natural gas deal with Lebanon, which was never put to a full Knesset vote.

The Netanyahu government, he said, will “be an expression of the mandate that we received from the people. We will preserve Israeli democracy and Israel.”

The coalition talks have been proceeding in fits and starts, with one report in Israel National News indicating that the parties had reached a compromise on the awarding of the key ministries of finance and defense. Shas Party leader Aryeh Deri would give up his demand for the Finance ministry in exchange for multiple lesser ministries. The Finance ministry would then go to Religious Zionist Party leader Bezalel Smotrich, who had insisted on running the powerful Defense ministry.

Israel's former UN Ambassador Danny Danon said, “Significant portfolios must remain in Likud’s hands. I don’t know if the reports are true, but the Foreign Ministry must remain in the hands of a Knesset member elected by Likud.”

Meanwhile, Shas's Deri has suspended his role in the talks due to the failing health of the Shas spiritual leader, 94-year-old Rabbi Shimon Baadani.

Many media reports suggest that the talks have dragged to a standstill and there were even rumors that Netanyahu would reach out to parties of the center-left to pressure the religious parties. Those rumors were strongly denied by Likud.

Jerusalem News Syndicate columnist and commentator Ruthie Blum told CBN News that the incoming prime minister still has several weeks to form a coalition, and she downplayed the Biden administration's pre-occupation with the controversial head of the Otzma Yehudit Party, Itamar Ben-Gvir.

"Netanyahu's problem with Ben-Gvir is not the (demand for the) Public Security ministry, but additional demands he's making," she explained. "He wants a second ministry, about the Negev (southern Israel) and the Galilee and things like that. So he's been upping his ante, but again, these are negotiations, so it's not surprising that he's doing that."