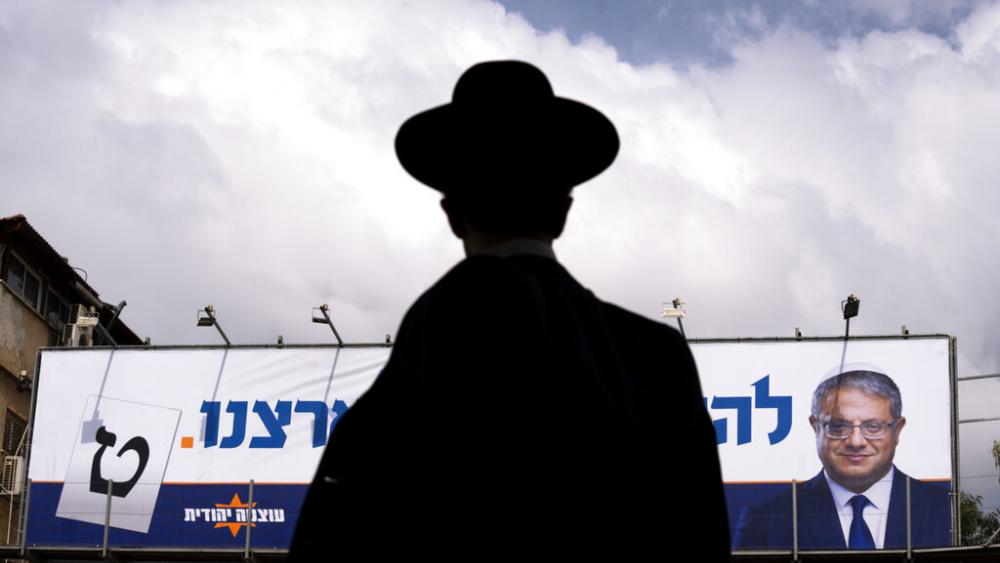 JERUSALEM, Israel – If Israeli election polls are accurate, Benjamin Netanyahu’s Likud Party will have a 50-50 chance of building a coalition government.

His likely partners in such a coalition (61 seats are needed for a majority in the Knesset) would come from several religious parties – the Religious Zionist Party, as well as two Ultra-Orthodox parties, United Torah Judaism (UTJ) and Shas.

Many Religious Zionist supporters come from communities in the West Bank, biblical Judea and Samaria, who feel they’ve been sidelined by the current largely secular Israeli government. They’ve also seen a rise in terrorism particularly in their areas.

“Israel is a very conservative society, politically, in the way of life, in the culture, in the family," Rothman explained. "The second, Israel will be able to decide its faith democratically, you will see the people choose more Jewish values, because that's what the people in Israel want.”

Jews of primarily American and European descent make up the UTJ Party.

Gilad Malach, Director of the Ultra-Orthodox in Israel program at the Israel Democracy Institute, described what they stand for. “First of all, to promote the interest of the Ultra-Orthodox society to support it financially; to give, for example, exemption from the Army for the ultra-Orthodox man, the ability to study the Torah,  support for the institute, the education system,” he said.

The second goal, according to Malach, is to achieve a stricter version of Judaism within Israeli society.

“They want to promote keeping Shabbat (the Sabbath) as a day that there is no market, no transportation, to be more strict regarding conversion issues to Judaism and other religious issues,” he said.

At polling stations, the UTJ Party set up dining tables as their campaign tables to symbolize their desire for keeping Shabbat.

The other ultra-Orthodox party, the Shas Party, has a diverse membership, according to David Menahem, a Shas supporter. “The voters of the Shas party come from all over. We have votes from the Arab (sector). We have votes from downtown Tel Aviv. We have votes from Jerusalem. We have across the country because people understand for a stable future for their kids, they need to vote for Shas; because no matter who you vote, you need to bring the following day bread to your table,” he said.

While the Religious Zionist Party and UTJ push for a stricter definition of who is considered a Jew and therefore allowed to immigrate to Israel, Menahem says the Shas founder had a broader view for their party.

“Rabbi (Ovadia) Yosef was the only chief Rabbi of Israel that recognized the Jewish people from Ethiopia as Jewish, and it's known that people from Russia get recognition straight away that you're Jewish,” he explained.

They also claim to support the peace process.

“The Shas Party is the only religious party that joined the Rabin government in 1992, and we want peace. We are running for peace,” Menahem insisted.

Some members of the bloc supporting Netanyahu have shown concerns that votes for the Ultra-Orthodox parties might be flagging in the days before the election, although initial voting reports on election day itself show high turnout across the country.