Israelis Debate Approval of Lebanon Gas Deal: Will it Lead to Prosperity or Strengthen Hezbollah? 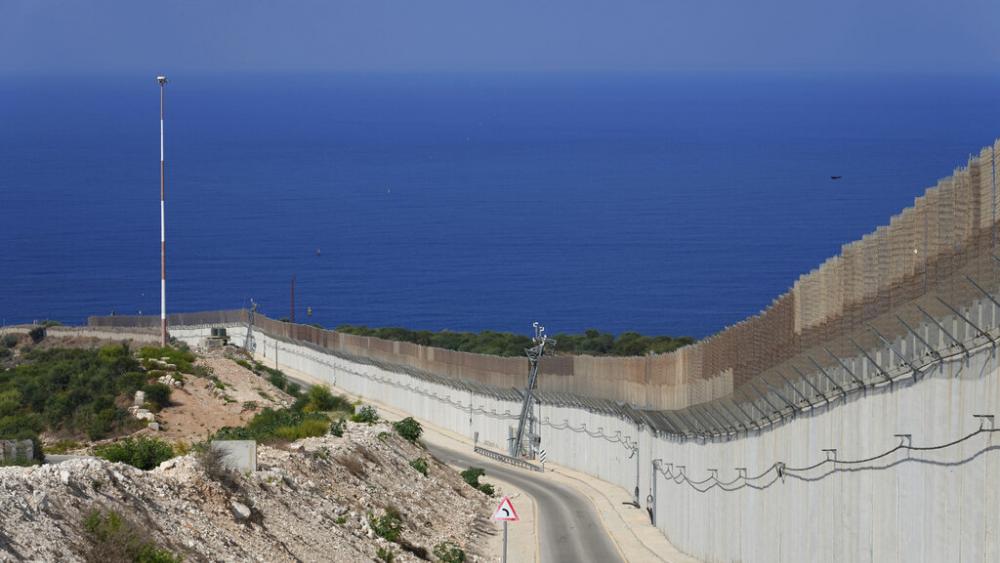 The wall on the Israeli border with Lebanon, seen at right, with the Mediterranean Sea in the distance, in Ras Hanikra, Israel, Friday, Oct. 14, 2022. (AP Photo)
6313761429112
Israelis Debate Approval of Lebanon Gas Deal: Will it Lead to Prosperity or Strengthen Hezbollah?

JERUSALEM, Israel – This week, Israeli Prime Minister Yair Lapid agreed to a US-brokered deal between Israel and Lebanon to explore oil and gas reserves in the Mediterranean Sea.  While Lapid hailed the agreement as the foundation for a new, prosperous era for two longtime enemies, critics of the deal strongly disagree. It will face challenges in the coming weeks before Israel’s November 1st election.

“This deal strengthens Israel’s security and its Israel's economy,” Lapid said. “We do not oppose the development of an additional Lebanese gas field, from which we will of course receive the share we deserve. Such a field will weaken Lebanon's dependence on Iran, restrain Hezbollah and promote regional stability."

The driving force behind the agreement was the Biden administration, led by Secretary of State Antony Blinken.

"It's going to benefit the region and ultimately benefit the entire world with very significant new energy sources coming to market in the years ahead,” Blinken said. “And it really advances President Biden's vision of a region that is peaceful, integrated, and prosperous.”

Although the agreement addresses a decade-long dispute between Lebanon and Israel over the gas-rich waters of the eastern Mediterranean, Lebanese-born analyst Tony Badran counters that the US essentially arranged a deal with the terror group Hezbollah.

Badran believes Hezbollah basically got what it wanted from Israel. “(The agreement) offers literally 100 percent of Hezbollah’s demands and cuts out Israel entirely of the disputed area, and in fact, even cuts into the territorial waters slightly by giving those to Hezbollah,” he explained.

Former US Ambassador to Israel David Friedman tweeted a comparison between the current Israeli action and the negotiations he was involved in during the Trump administration.

“We spent years trying to broker a deal between Israel and Lebanon on the disputed maritime gas fields.  Got very close with proposed splits of 55-60% for Lebanon and 45-50% for Israel. No one then imagined 100% to Lebanon and 0% to Israel. Would love to understand how we got here.”

Eugene Kontorovich, an Israeli expert in international maritime law, believes Washington’s pressure made the difference.  “Now, finally, the Biden Administration reached a breakthrough by insisting that Israel give up all of the disputed territories. So Israel is giving that up as well as undisputed sovereign Israeli territorial waters. Kontorovich said.  He added, “Under U.S. pressure, Israel is giving its sovereign maritime territory to Lebanon, an Iranian- backed state run by the Hezbollah terrorist militia. This is going to strengthen Hezbollah.”

The current caretaker government is only weeks from a national election, and Former Prime Minister Benjamin Netanyahu has vowed to overturn and walk away from the agreement if he returns to power.