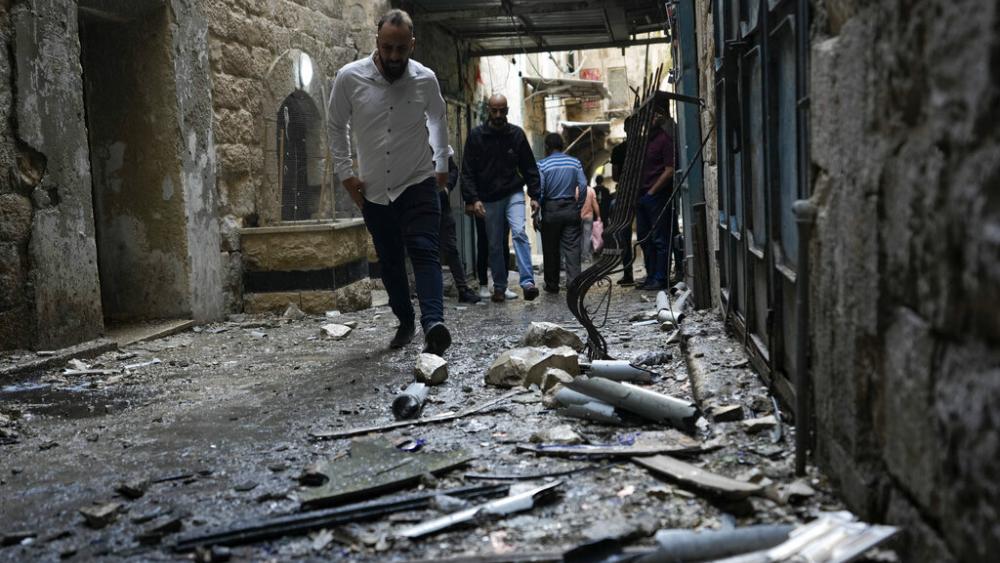 Palestinians gather at the site where Israeli forces destroyed an explosive lab belonging an armed group calling itself the Lions' Den, in the West Bank city of Nablus, Tuesday, Oct. 25, 2022. (AP Photo/Majdi Mohammed)

JERUSALEM, Israel – Israeli military forces stormed the old city area of Nablus Monday night, destroying the infrastructure of the terror group Lions' Den. Four Palestinians were killed in Nablus and another in a nearby village.

A firefight ensued after the bomb manufacturing site was detonated. After the raid, Israeli Prime Minister Yair Lapid said, “Israel will never be deterred from acting for the sake of its security."

Palestinian leaders had blamed israel for a mysterious motorcycle explosion that killed a senior member of the Lions' Den, in Nablus (biblical Shechem) in northern Israel.

Tamer al-Kilani, 33, died in a pre-dawn explosion Sunday morning. An explosive device attached to a motorcyle detonated as he passed by.

Kilani was wanted by Israeli authorities in connection with many attempted attacks on Israelis, including one last week that killed an IDF soldier, Ido Baruch, 21. Kilani had previously been arrested and spent 8 years in Israeli prisons.

It was orginally believed that Kilani himself was handling an explosive device, but The Jerusalem Post reports Palestinian sources are blaming an Arab "collaborator" for attaching the device to the vehicle.

Israeli military spokespersons refused to comment on the incident. The Lions' Den called it an "assassination," and threatened the Israeli Defense Forces. "We promise the occupation and (IDF Chief of Staff Aviv) Kohavi a severe, agonizing and painful response," and added that their group would keep sacrificing their members "one after the other, either to victory or to become a martyr."

Nightly Israeli military raids continue in Nablus following escalated incidents of attacks on both Israeli soldiers and civilians. Some 125 Palestinians have died during clashes in recent months. Benny Gantz, Israel's defense minister, estimates membership in the Lions' Den to number only a few dozen; however, they have an enthusiastic following on social media and in northern Israel.