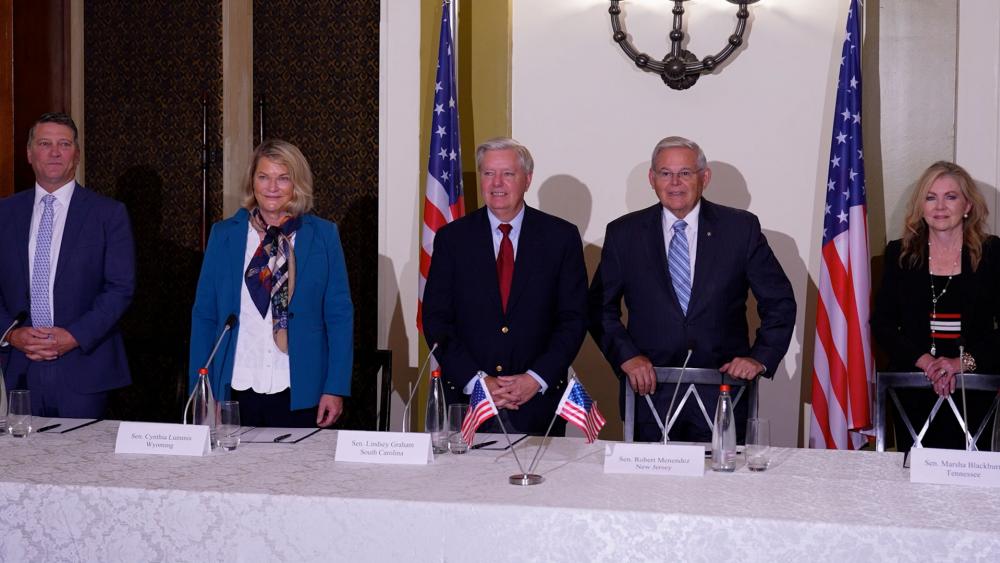 JERUSALEM, Israel – Mixed messages from America on renewing an Iranian nuclear deal are both confusing and frustrating for Israel.

The US believes a diplomatic approach is the best solution to this ongoing conflict with Iran, according to US Ambassador to Israel Tom Nides.

“We would like to obviously, extend the JCPOA,” he said, referring to the acronym for the 2015 Iran nuclear deal. “It's an important thing that we care about deeply.”

Nides told journalists of the Foreign Press Association that President Biden would not tolerate a nuclear Iran.

A visiting bipartisan delegation of US senators and representatives stated opposition to any Iranian nuclear agreement.

“In terms of the Iran nuclear agreement, there will be bipartisan opposition,” said Sen. Lindsey Graham (R-SC). “It will be up to the administration as to whether or not they should enter into the agreement.”

Graham said he and Senator Bob Menendez (D-NJ) have put forth a different plan.

“Senator Menendez and myself have offered an alternative to the JCPOA, allowing Iran and Sunni Arab nations to have nuclear power, but all their enrichment would be done outside the region. So, you wouldn't have to worry about nuclear proliferation,” said Graham.

Menendez emphasized he opposed the deal from the beginning.

“I don't know what this agreement, if there is an agreement to be achieved, will have in it. But I cannot imagine it being any better than the first iteration of JCPOA,” he said. “Time and circumstances have allowed Iran to advance its nuclear program. We cannot allow Iran under any circumstances to have a nuclear bomb.”

Menendez said any agreement must pass congressional review. If it does, he and Graham want additional legislation that would subject Iran to continuing reviews. He says the International Atomic Energy Agency, the UN’s nuclear watchdog, should also continue its investigation into uranium traces found at three undeclared Iranian nuclear sites.

“There can be, in my mind, no real agreement if there isn't a conclusion to that,” he said. “And that conclusion, I think would only lead us to the fact that Iran did seek to produce nuclear weapons. They lied to the world. And now the question is, how do you frame their march forward, as we move forward.”

Both the congressmen and the ambassador agree that US support for Israel is unwavering.

“All of us believe it's a good investment in America's national security to have a strong and capable Israel. So, no matter the outcome of the election, there's not going to be any major change in support for Israel, no matter who is in charge of the House and the Senate,” said Graham.