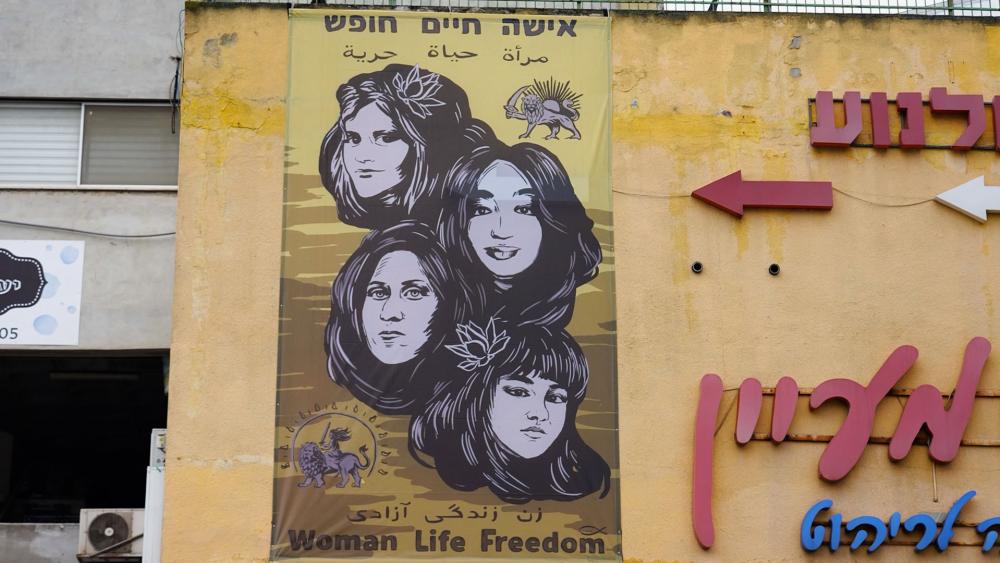 JERUSALEM, Israel – Protests inside Iran demanding the overthrow of the Islamist regime are now into their fourth month.  This effort continues to draw international attention, and one project in Jerusalem is supporting the Iranian peoples’ cry for freedom.

That caught the attention of Jerusalem Deputy-Mayor Fleur Hassan-Nahoum, who organized Israel’s first demonstration supporting the people of Iran.

Nahoum asked Khalili if he could bring a similar mural to Jerusalem and he agreed.  The result is a 21 feet by 15 feet portable banner that carries the slogan: Women – Life – Freedom, and highlights four of the women murdered by the Islamist regime during this revolution.

Its purpose is to bring awareness of what’s happening inside Iran and also show that Israelis are standing with the people of Iran.

CBN News talked with Khalili in our Jerusalem Bureau about the story behind this mural, his own testimony and how important it is to stand with the people of Iran “for such a time as this.” Click above to watch the interview.