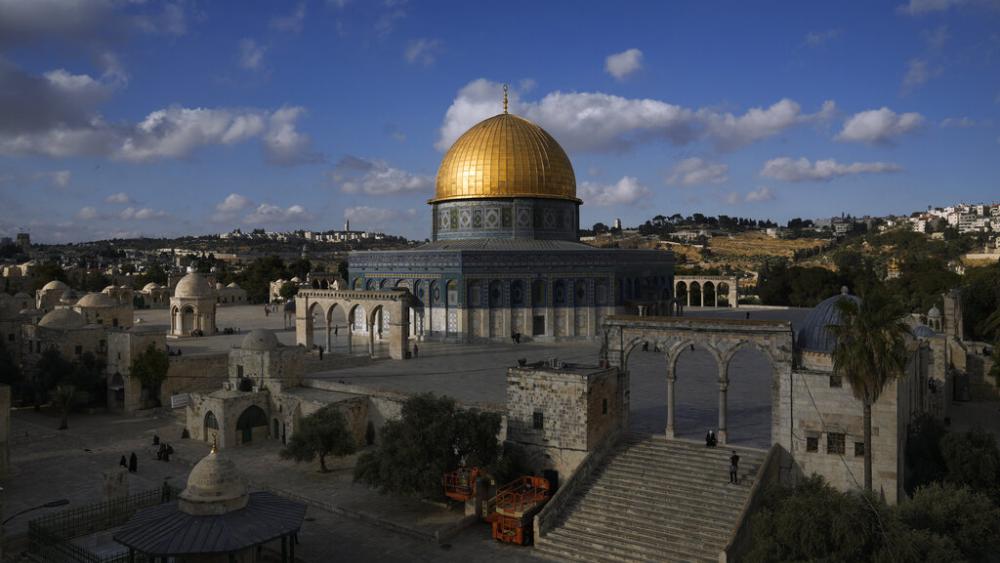 Many conversations at this summit, called the Jerusalem Leaders Summit, centered around the Bible.

The summit aims to keep the rule of law a priority while advancing economic freedom and free trade.

Joel Anand Samy and his wife Natasha Srdoc, co-founders of the Jerusalem Leaders Summit and the International Leaders Summit, began the gathering in 2015 to address key issues such as growing anti-Semitism and the BDS (Boycott, Divestment & Sanctions) Movement against Israel.

“Being here today is so vital into affirm our shared values and principles, to strengthen our ties with Israel and to address some of the core problems that we are facing,” Anand Samy said.

He added, “We know that over the past few years there has been an erosion of support from the United States towards Israel. We've seen that with the rise of BDS, and 30 percent of Democrats today – registered Democrats – support BDS, according to a poll from the University of Maryland.

Anand Samy and others spoke about the important history of U.S.-Israel relations.

“In 1863, President Abraham Lincoln met with a Canadian clergy man, a Christian Zionist by the name of Henry Monk, on the topic of supporting the Jewish community. President Lincoln then said that restoring the Jews to their national home is a noble dream and one shared by many Americans, and America's leaders were faithful in their support of the Jewish community globally,” Anand Samy explained.

Cheryl Chumley, online opinion editor at The Washington Times which co-sponsored the summit, noted that “The significance of the US-Israel relationship cannot be understated…There may be thousands of miles that separate America from Israel, but the shared love of freedom draws us close. The common desire for sovereignty, and law and order, and justice and security, unite us in spirit.

Chumley sees a deep biblical connection as well. “Guess where America's founders turned, at least in part, when it was time to forge a new government for the newly freed society – to the 10 Commandments, the same 10 commandments given to Moses, and by God at the base of Mount Sinai after the Israelites crossed the Red Sea during their Exodus from Egypt.”

She continued, “Israel and America are natural allies. It's undeniable. The very foundations of America's liberties are rooted in Jewish history, and most Americans, by and large, both understand and cherish this natural US Israel Alliance.”

Chumley believes that even if support for Israel seems to be lower in the U.S. at the moment, there’s hope.

“The good news in America, as you are aware, the politics always change. So, while right now, we have a White House administration that is definitely not as openly pro-Israel as the previous administration, we have another election coming up in 2024 where that could all change once again,” she said.

“Secondly, she added, “is that in America there is a very strong evangelical-based community.…and speaking personally as a Christian…my foreign policy starts with eyes on Israel because of my Christian belief, where God says ‘those who bless My people, I will bless those who curse My people, I will curse.’”

“America was the first nation to officially recognize the Jewish state independence,” she recalled. “Nearly 75 years ago, America partnered with Israel to protect its sovereignty through military aid and supported peace initiatives in the neighborhood,” and added, “The American leadership was instrumental in supporting the Camp David Accords, signed by Egyptian President Anwar Sadat and Israeli Prime Minister Menachem Begin.”

Srdoc maintained all of this helped lead to the 2020 Abraham Accords.

“The Abraham Accords (was) signed between Israel, United Arab Emirates (and) Bahrain in Washington DC during the Trump administration. Morocco and Sudan joined the Abraham Accords soon after, and all the signatories committed to pursue a vision of peace, security, and prosperity in the Middle East and around the signing of the Abraham Accords was a historic accomplishment in bringing peoples together that have been cut off from opportunities to trade and invest between themselves and for visiting each other,” Srdoc said.

Many who spoke at the summit pointed to Jerusalem as the hub of the Middle East and of the Abraham Accords.

Former U.S. Ambassador to Israel David Friedman held that position during President Trump’s term in office. He said, “The road to peace runs through the city of Jerusalem. Jerusalem literally means “the city of peace.”

Friedman explained that “When President Trump recognized Jerusalem as the eternal capital of the Jewish people on December 6th, 2017, we embarked upon a path to peace. Many people predicted an explosion of violence but indeed, what resulted was an explosion of peace over the next four years.”

Jerusalem’s Deputy Mayor, Fleur Hassan-Nahoum, has been involved with the Abraham Accords for the past two years. She said, “We in Jerusalem are, actually, an incredible mirror image of a potential future demography of the state of Israel.  And ultimately people see Jerusalem as the core of the challenges. But I see Jerusalem as, in fact, the laboratory, not just of the city, but of the country and the region. It is in Jerusalem, that we have that opportunity to build the models for this change that we're looking for, this improvement that we're looking for.”

Former South Carolina Senator Jim Demint believes the accords don’t receive the attention they deserve. “These historic Abraham Accords may be one of the most under-reported success stories of our time,” he said. “We believe that more can be done and should be done through the encouragement and positive engagement of American leadership and America’s allies around the world.”

Srdoc says the accords also united several countries against the regime in Iran. She supports expanding the accords by reaching out to Saudi Arabia, Qatar, Kuwait and other Arab nations, which she believes would usher in a new era of peace, prosperity and stability. 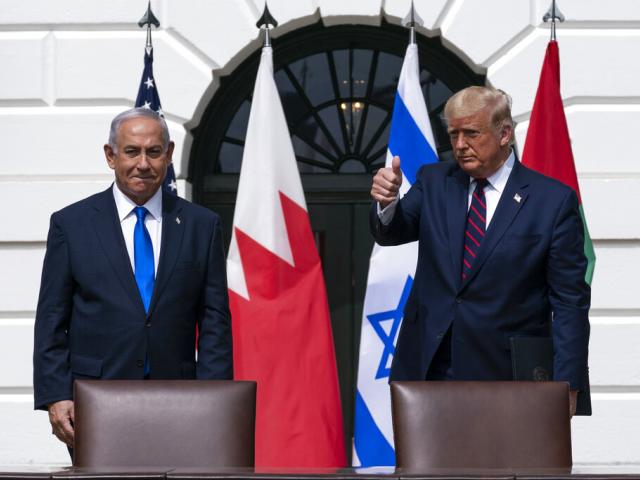