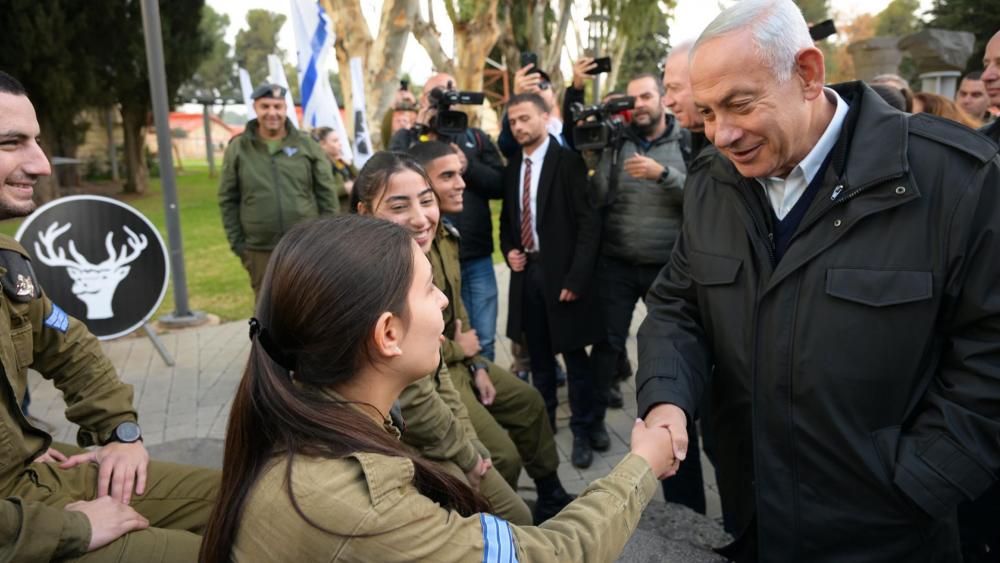 JERUSALEM, Israel – Israeli Prime Minister Benjamin Netanyahu toured northern Israel and visited the Israel Defense Forces (IDF) Northern Command with Defense Minister Yoav Gallant Tuesday. He received an intelligence and military briefing, warning that his country's chief threat is Iran, and that the new government will not tolerate Iranian military actions across the border in Lebanon and Syria.

Defense Minister Gallant promised that Israel's security establishment would "sever the channels by which Iranian weaponry is transferred to Lebanon and Hezbollah. The quiet in the north is an important goal," he added. "Therefore, in addition to maintaining quiet, we will take strong action against any attempt to attack Israeli civilians and IDF soldiers."

Netanyahu has made frequent references to the Iranian threat since before he took office on December 29th, and especially afterward. U.S. National Security Advisor Jake Sullivan is expected in Israel later in January to discuss the military and security situation. Israel's new Strategic Affairs Minister Ron Dermer has also been in Washington, clarifying Israel's position with Biden administration officials.