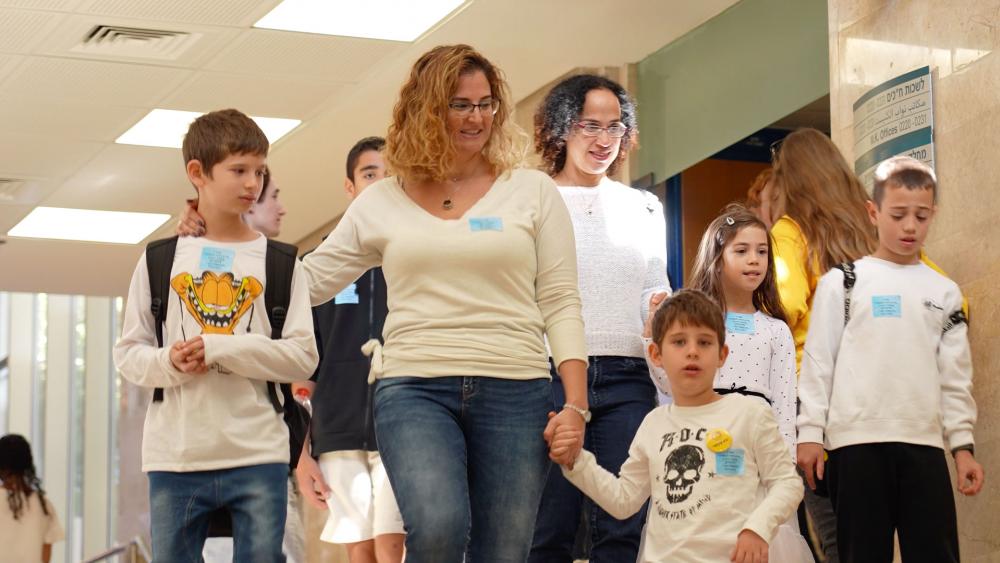 JERUSALEM, Israel – A prominent rabbi and his wife recently led appeals to Israel's parliament to fulfill the biblical command to care for the widow and the orphan. Within the Knesset, hundreds of widows, widowers and orphans enjoyed a day to honor them. The day's organizers were former Knesset member Yehuda Glick and his wife, Hadass.

"Today we are fulfilling the words of the Bible," Rabbi Glick told CBN News. "It says that  HaShem (the Lord) wants us to hear the voice of the widow and the orphan. We're coming to the place that represents the independence of the state of Israel. And here we're telling all the lawmakers, 'see the widows and orphans, hear the widows and orphans.'"

His wife Hadass explained, "What we're doing right now is telling the members of the Knesset, telling the Israeli parliament, let's serve them. It is time. The time has come. If we wanna know how to serve HaShem in His holy Temple one day, we need to start now with the young widows and widowers, with the little orphans, with their little orphans. We need to start (to) learn how to serve them."

Miri Regev, now Israel's minister of transport, national infrastructure and road safety, came to greet some of the widows and orphans, while throughout the day, nationally-known Israeli singers entertained at the Knesset event. Later, the Friends of Zion Museum also held a reception in honor of the families.

"These are the princes of G-d," Rabbi Glick said. "He is the father of the fatherless. He is the father of orphans, the advocate of widows. And we are here also to praise those mothers and fathers that lost a spouse and they're raising their children all by themselves."

Rabbi Glick and Hadass head an organization called Amitsim, which in Hebrew means "the Brave." The goal of Amitsim is to fulfill the biblical mandate to embrace and strengthen the widows and orphans.

The Glicks are themselves both widowed, so they have a large measure of empathy when reaching out to young families in need;. They provide fellowship, friendship and trained volunteers who serve hot meals and love at their weekly gatherings.

They know from personal experience that the premature death of a spouse threatens the stability of the family and leaves a gaping emotional hole for the surviving wife or husband.

Dr. Revital Drai is a physician who lost her husband. "It was terrible because he was my best friend and we, he was a great father," Drai explained. "I'm a physician, so he took care of the children with me."

Elior Kushnir is a widower with children. "At first it was very hard," he said. "They were broken. I was broken, but I had to, you know, to hide it, to help them."

"We say to the state of Israel, we want help," Drai explained. "But just so we can continue to give to other people, not to ourself, to keep to ourself. After a mother or father of children, of young children passes away, it's very difficult for the families. We should stay, family together, and we need help to continue to be a strong family."

Kushnir added, "The most important thing in such an event is the understanding that families like us need some kind of help. It's not, it's not welfare, because we're not families that need, I'm not talking about finance assistance. Yeah, yeah. You know, moral."

The Glicks hope to take their local initiative national. Rabbi Glick defined the goal. "We want to it to a national day every year in Hanukkah, the holiday where we celebrate the light in times of darkness, the holiday that we celebrate, the fact that the few can overcome the loss of hope." 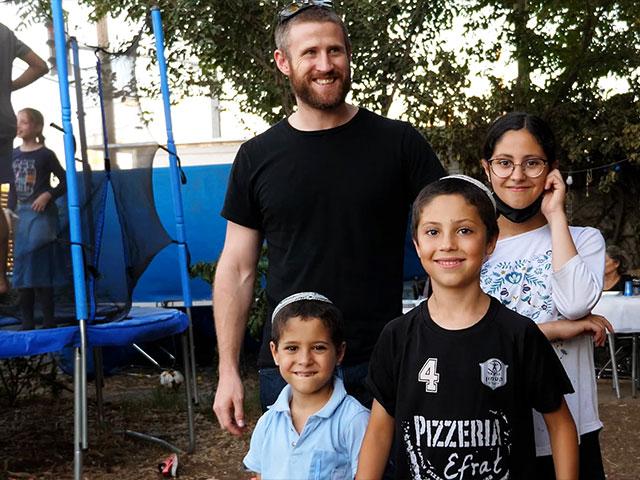