Bigger Attack Was Planned For Barcelona 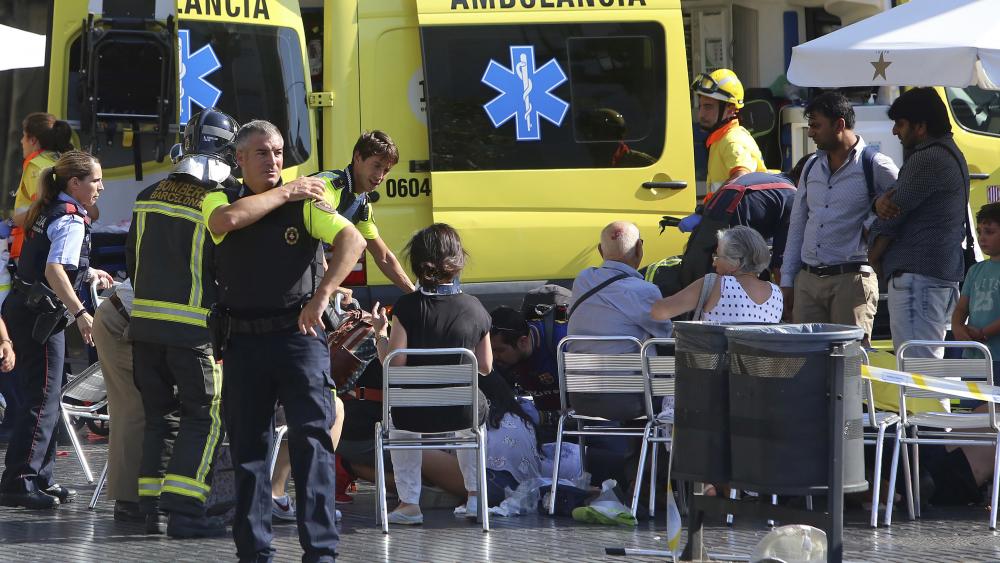 Police in Spain are expanding their hunt for those responsible for a series of Isis lead attacks.

Police say the driver of the van that ploughed into crowds in Barcelona, killing 15 people, remains on the loose.

The driver abandoned the van and fled on Thursday after speeding along Las Ramblas, the most famous boulevard in Barcelona, leaving a trail more than a dozen dead and 126 injured.

During the attack in Barcelona an Australian boy, Julian Cadman, was separated from his mother Jom, who was badly hurt, and is still missing.

Another Sydney woman, Suria Intan, who was on the last few days of a European holiday with friends, is also hospitalized in serious condition.

It's the latest in attacks by extremists which turn the everyday, like the car, into deadly weapons. Islamic State claimed the attack.

CBN News has learned the back to back vehicle attacks, had been planned for months.

Police say the suspects had originally wanted to use explosive devices, possibly a vehicle bomb to kill more people. They were apparently stopped because their materials detonated prematurely.

"Remember we are getting close to the anniversary of 911. Isis is losing ground physically in Syria and also Iraq so this is the next stage of the battle that they will fight on a global stage," said retired Lt. Col. Sargis Sangari.

Sangari is the C.E.O. of The Near East Center for Strategic Engagement. He spent six years of combat deployment in the Middle East, including 22 special forces missions.

Sangari says Isis is evolving and the United States cannot stop its ideology. He says all we can do is manage it, through intelligence and capture the worst of the worst before these complex operations are carried out.

"One of the major complex attacks they were trying to achieve specifically in Spain was to be able to get into restaurants, take hostages, have the global media cover it, delay the police response and then execute those hostages," said Sangari. "All this is written in their publication and they basically follow through what they've written down."

The Prime Minister of Spain declared Friday that the fight against terrorism is a global battle and Europe's main problem. Back in the U.S., Secretary of State Rex Tillerson expressed condolences to the family of the American who died. He said Spanish authorities still have not identified all of the casualties, so the U.S. consulate in Barcelona is working with them to determine whether any more Americans were killed or injured.

Former Foreign Policy advisor to President Trump, Doctor Walid Phares says the reason for more attacks in Europe than the U.S. is partly due to geography. He said not only is Europe closer to the Middle East, but jihadists have been migrating there since the 1950's and 1960's.

Experts says U.S. intelligence told authorities in Spain about a possible attack months ago. Because Spanish police didn't stop it, Phares says it shows a change must take place in their intelligence. He says their leaders cannot be afraid of political backlash with enforcement.

"We have been at war with Isis very effectively so we have developed more tools to detect and vet the people," said Phares. "But at the end of the day I can tell you one thing, if we don't stop the Jihad's what we see in Europe today will happen in America as well."

Law enforcement sources tell CBN News, rented or hijacked vehicles have formed the backbone of a strategy to target others, not just in Europe, but also in the United States.

Police have arrested four people aged between 21 and 34, and none had a history of terrorism-related activities.