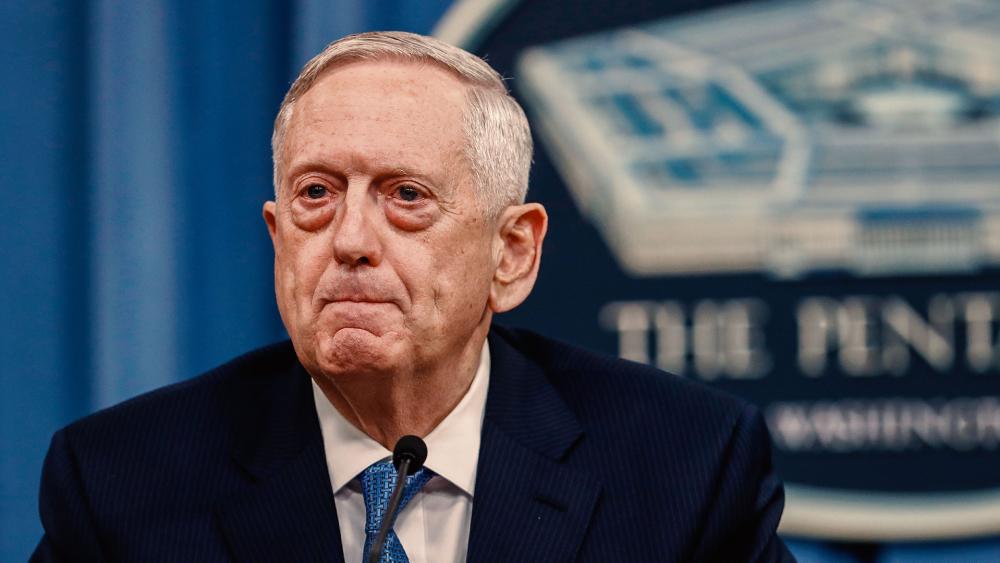 If North Korea continues with its plan to fire several missiles at the United States territory of Guam, Defense Secretary James Mattis said then “we’ll take you out.”

Mattis surprised reporters with an appearance after the weekly briefing on Monday.

The Secretary of Defense said if North Korea does fire a missile, his department will know “within moments” where it is headed.

"We'll know if it's going towards Guam within moments," he said, adding later, "We know swiftly after it's launched where it's going to land.”

North Korea has warned it was considering a plan to launch four ballistic missiles to land in the sea just outside Guam.

Asked how the U.S. would respond, Mattis initially declined to say. But when pressed, he said that if U.S. radars and other detection and tracking systems determine that a missile was going to fall into the sea, short of Guam, then the matter would be taken to President Donald Trump for a decision on how to respond.

President Trump vowed last week that the U.S. would respond to an attack from North Korea with "fire and fury," and is "locked and loaded.”

Mattis said that if North Korean leaders fired a missile at the U.S, it would “escalate into war very quickly,” and that if it hit U.S. cities, it would be “game on.”

When asked to clarify his comments on an escalation of war, Mattis said, "War is up to the president, perhaps up to Congress. The bottom line is that we will defend the country from an attack. For us, that's war. That's a war-time situation.”