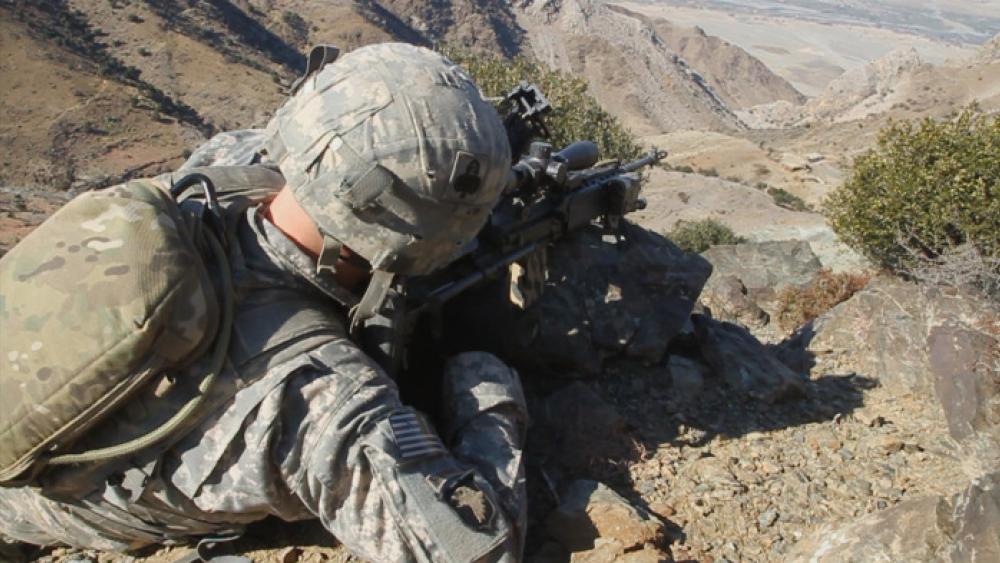 What drives acts of courage and sacrifice on the battlefield?

The name of the movie is, 'No Greater Love' and it is the first theatrical documentary by an active duty soldier.

You may not know, U.S. military chaplains carry no weapon on the battlefield other than a Bible.

While deployed in Afghanistan, U.S. Army Chaplain Justin Roberts says he had no plans to make a film. But after witnessing the courage of his fellow soldiers, capturing that heroism was the least he could do.

No Greater Love depicts the combat deployment of the legendary "No Slack" Battalion, 101st Airborne Division, through the eyes of Chaplain Roberts.

Justin decided to carry a camera to document the hardships his unit endured.

He captured not only the gritty reality of war but also the incredibly strong bond that is forged between soldiers.

Roberts said, "When ever a person does a courageous act or of amazing sacrifice, what is the heart that is driving that person?  What I saw as a chaplain at the end of the day it was this complete selfless love."

While achieving wins on the battlefield, "no slack" suffered multiple fatalities, and its members returned home with some 200 Purple Hearts.

Roberts hopes 'No Greater Love', causes a groundswell of support for our troops and serves as a wake up call to their personal struggles both on the battle field and here at home.

He said, "Who are veterans going to have a relationship with when they come home? If only 1 out of 4 churches are stepping up to meet the needs of their veterans, then we've got a problem. We have to have the church step up to be that relationship."

The statistics are alarming, 20 veterans commit suicide each day and 20 percent overall suffer some form of PTSD.

He said, "There are amazing veterans ministries that provided us with tool kits for churches that if they want to engage using this film as a way to mobilize their church to get plugged in."

While the film has received a number of awards, Roberts hopes it's the veterans who ultimately win with greater recognition here at home.

If your church would like to get some free ministry tool kits on how to set up veterans programs within the church, go to "No Greater Love - The Movie.'

Click here to see where the movie is playing near you.