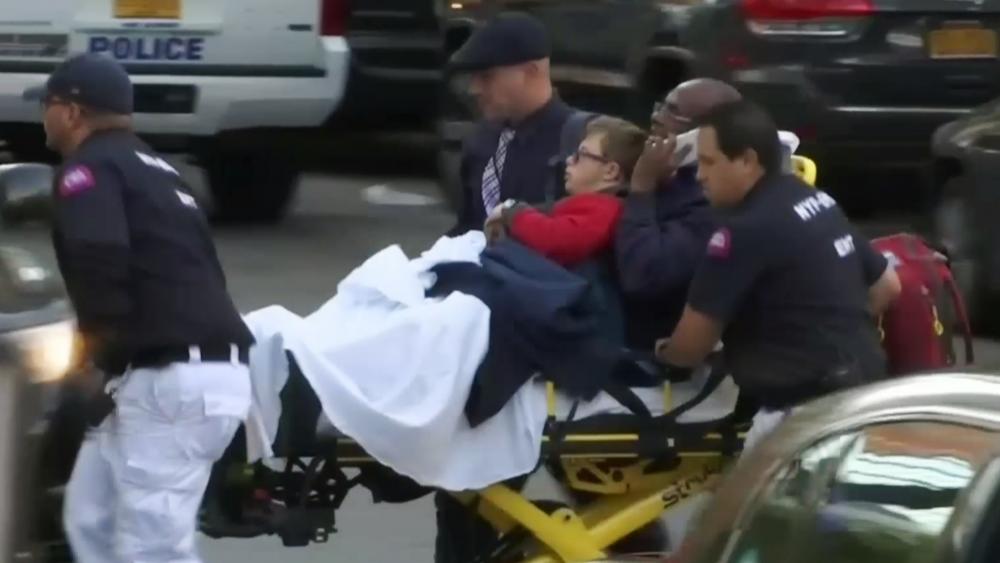 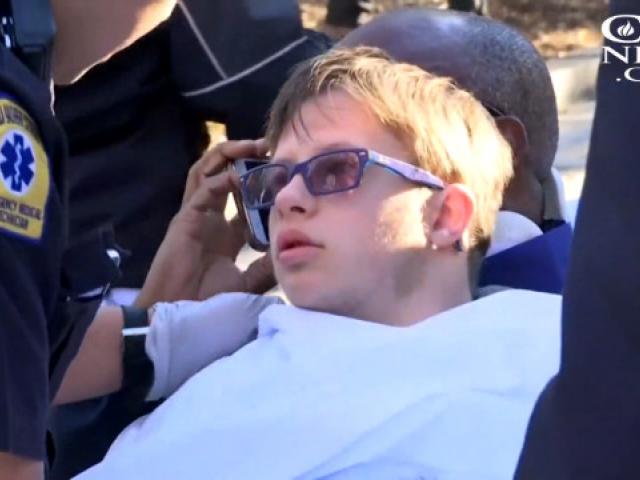 Watch video from the scene and listen to one eyewitness as he describes what he saw Tuesday afternoon.

At least eight people are dead and 15 injured, 11 seriously, after a man drove a rental truck 14 blocks down a busy bike path, hitting both pedestrians and cyclists near the World Trade Center memorial Tuesday afternoon.

The injured were taken to local hospitals and were reported to have serious, but not life-threatening injuries.

An FBI source tells CBN News that the agency is investigating the case as a terrorist attack.

Law enforcement officials told The Associated Press late Tuesday evening they found a note in the truck that was handwritten in a foreign language, possibly Arabic. The contents of the note are being investigated, but the officials who spoke on the condition of anonymity said the document supported the belief the act was terrorism.

Witnesses at the scene said they heard the attacker yell "Allah Akbar" – (Allah is greater” in Arabic), according to authorities.

At 3:05 pm Eastern time, a male suspect who was driving a rented Home Depot truck, entered the bike path at Houston Street. At Chambers Street, the truck collided with a school bus injuring two adults and two children.

The suspect exited the vehicle brandishing what appeared to be two handguns. The NYPD officer shot the man in the abdomen and took him into custody. He was reported in critical condition after surgery at a local hospital, but he is expected to survive.

Police said a paintball gun and a pellet gun were recovered at the scene.

Law enforcement officials identified the suspect as 29-year-old Sayfullo Saipov. Originally from Uzbekistan, Saipov came to the U.S. in 2010. He has a Florida driver’s license, but he may have been staying in New Jersey, unidentified officials told the AP.

Some witnesses had also reported seeing a gunman firing from inside the truck.

The NYPD and the FBI are conducting a joint investigation of the incident.

"This is a very painful day in our city. A horrible tragedy on the West Side," New York City Mayor Bill DeBlasio told the assembled reporters. "This action was intended to break our spirit. New Yorkers are strong, resilient and we’ll never be moved by an act intended to intimidate us."

“We have been tested before as a city very near the site of today’s tragedy and New Yorkers don’t give in in the face of these kinds of actions. We’ll respond as we always do," he continued.

The mayor had this message for New Yorkers.

"Keep the families of those lost in our thoughts and prayers. They will need our prayers. Be vigilant. We know it’s Halloween night. If you see something, say something. Be vigilant. Extensive deployments of NYC officers this evening and in days ahead," DeBlasio said.

New York Governor Andrew Cuomo said there's no evidence to suggest a wider plot, but the action of one individual who meant to cause pain or harm and probably death and resulting terror. He ordered increased security at airports, bridges, tunnels and mass transit systems around the state following Tuesday's attack.

"There's no ongoing threat. There's no evidence of that at this time." the Democratic governor said.

"New York is an international symbol of freedom and democracy and we’re proud of it. We’re also a target for those people who against those concepts," Cuomo said. "If we change lives we contort ourselves to them and they win and we lose."

The White House issued this statement from the president Tuesday evening regarding the NYC attack.

"Our thoughts and prayers are with the victims of today’s terrorist attack in New York City and their families.  My administration will provide its full support to the New York City Police Department, including through a joint investigation with the Federal Bureau of Investigation," President Trump said.

"We offer our thanks to the first responders who stopped the suspect and rendered immediate aid to the victims of this cowardly attack.  These brave men and women embody the true American spirit of resilience and courage.  I will continue to follow developments closely," the president continued.

Earlier in the evening, Trump and First Lady Melania Trump took to Twitter to react to the tragedy.

"In NYC, looks like another attack by a very sick and deranged person. Law enforcement is following this closely. NOT IN THE U.S.A.!" the president tweeted.

"My heart breaks for #NYC today," the First Lady wrote. "Thoughts and prayers as we monitor the situation."

Franklin Graham also tweeted "Pray for those wounded and the 8 families who have tragically lost loved ones in this act of terror."