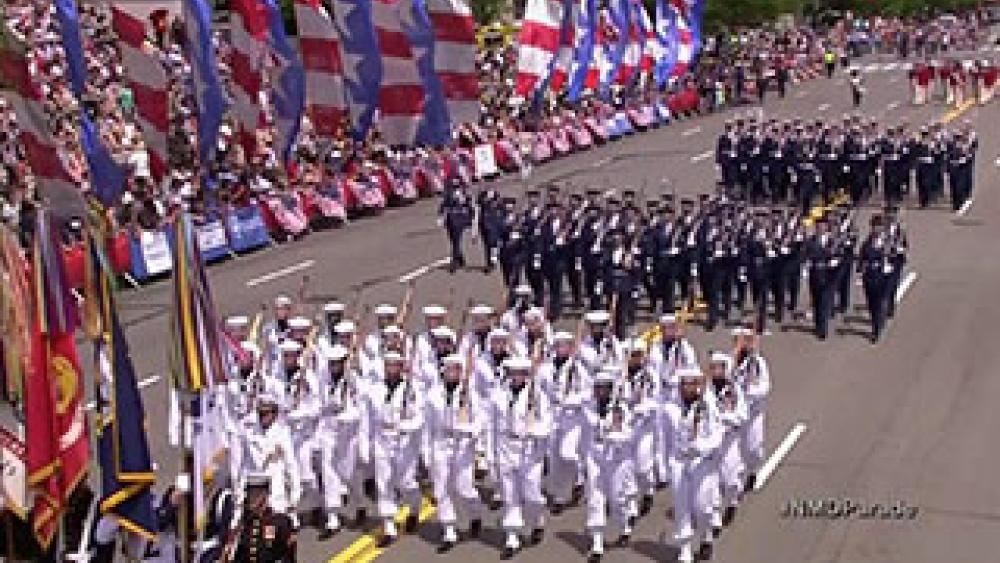 "The president was not briefed by any member of the Department of Defense on any cost associated with the parade," Col. Rob Manning told reporters at the Pentagon.

The statement contradicts President Trump's own tweet Friday morning when he claimed he axed the event after receiving a high price estimate.

"The local politicians who run Washington, DC (poorly) know a windfall when they see it. When asked to give us a price for holding a great celebratory military parade, they wanted a number so ridiculously high that I canceled it," President Trump wrote on Twitter.

A $92 million price tag was leaked to some media outlets on Thursday.

But Col. Manning said he doesn't know where that figure came from because "the planning had not reached that level."

Defense Secretary James Mattis was a little more direct on the disputed cost estimate, telling reporters traveling with him Thursday in South America that whoever gave out that number is "an idiot."

"Any figure that was cited was pre-decisional. The planning committee for the parade had not reached a point where they have briefed senior leadership in the department. It was moving forward; it had just not matured to that point," Manning explained.

The parade was originally scheduled for Veterans Day to mark the 100th anniversary of the end of World War I.