MUST SEE - 90 Seconds That Will Melt Your Heart: Military Dad Surprises Young Son Disguised as a Christmas Gift 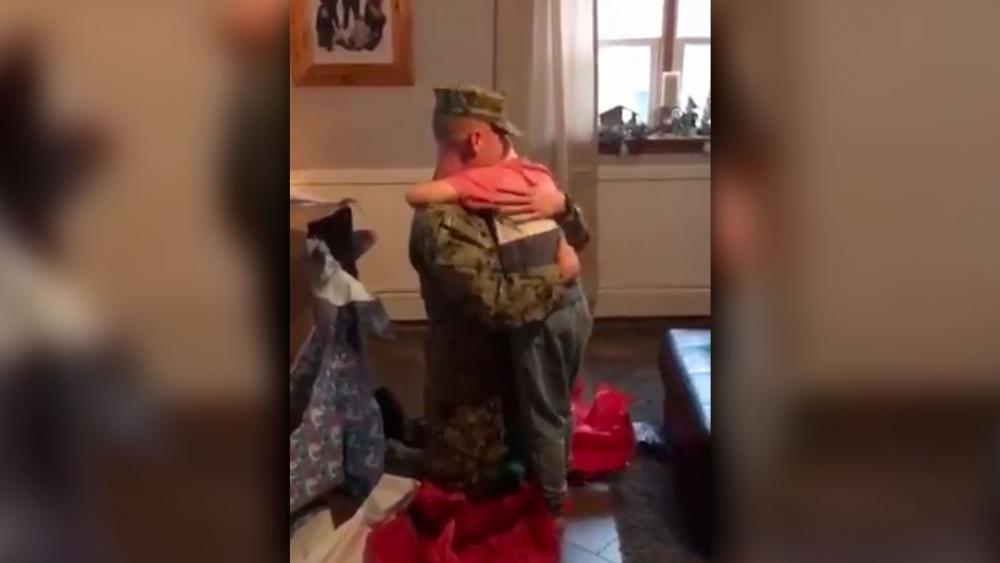 If you're a child in a military family, there's just one thing at the top of your Christmas wish list -- you want your mom or dad to come home for the holidays.

That wish was granted for one little boy and the heartwarming moment was captured on video and shared on social media by his aunt Jadin Hart.

In the video, the boy can be seen finding a very large wrapped package next to the Christmas tree.  He sees and reads the note on the side of the box and some of the adults in the room tell him, "You'd better open it."

As the adults encourage him with comments like "What do you think it is?" and "I think you are going to like it," the boy begins to slowly tear off the wrapping paper around the box.

Finally, the boy tears off one end of the box and sees a flash of large red tissue paper.

"What is it?" one of the adults ask as the boy bends down to look inside.  A moment later, the boy's father emerges from the end of the box and for just a few seconds the boy is stunned before reaching out to hug his dad's neck.

My nephew got to unwrap the only Christmas gift he asked for a few days early and his reaction broke my heart pic.twitter.com/vEXIRESglR