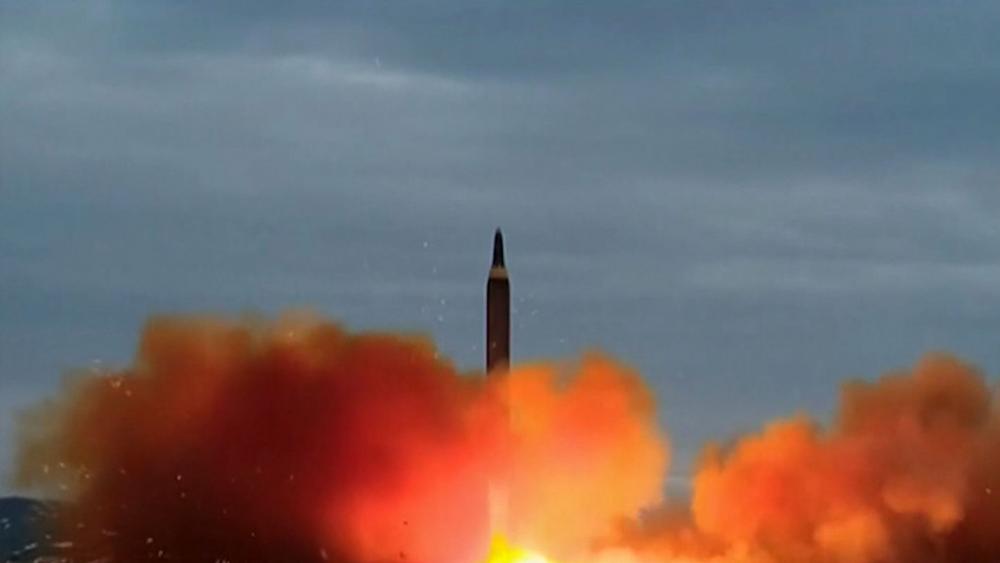 President Donald Trump on Friday announced a fresh round of sanctions against North Korea in an attempt to block oil and other prohibited products from getting to the rogue regime.

"We have imposed the heaviest sanctions ever imposed," Trump said at the conclusion of his speech to the Conservative Political Action Conference (CPAC) in National Harbor, Maryland. "Hopefully, something positive can happen. We will see."

More than 50 ships and shipping companies were cited by the Treasury Department for not following the current US and international sanctions.

While most of those named were based in North Korea, companies and ships from China, Singapore, Taiwan, Panama, Tanzania, the Marshall Islands and the Comoros were also included.

Significant advances in its missile and nuclear weapons programs have made North Korea the most pressing foreign threat facing the Trump administration.

Trump made the announcement in the final moments of a more than hour-long address at CPAC. "I love you, I respect you, I appreciate everything you have done for the country," the president said, pausing as the crowd applauded and a few chanted "U-S-A! U-S-A!"

Treasury Secretary Steven Mnuchin said the US has now blacklisted virtually all ships being used by the North.

Mnuchin told reporters that the US has now imposed more than 450 sanctions against the North, about half of them in the last year — including "virtually all their ships that they're using at this moment in time."

The United Nations Security Council has imposed three sets of sanctions on North Korea in the past year. The restrictions are intended to deprive the rogue regime of revenue and resources for its nuclear and ballistic missile development that pose an emerging threat to the US mainland.

Mnuchin said the actions will significantly hinder North Korea's ability to conduct evasive maritime activities that facilitate illicit coal and fuel transports, and "erode its abilities to ship goods through international waters." He vowed the US would "do everything" to stop the ship-to-ship transfers.

"We are putting companies and countries across the world on notice that this administration views compliance with US and UN sanctions as a national security imperative. Those who trade with North Korea do so at their own peril," Mnuchin warned.

In his speech, Trump said "hopefully something positive can happen" from the sanctions pressure.

The measures are part of the administration's "maximum pressure campaign" on North Korea and are designed to force the country to abandon its nuclear ambitions.

Despite the ongoing efforts by the US administration, North Korean dictator Kim Jong Un has insisted his country will never give up the nuclear program and has been making rapid advances over the past year.