President Trump Says There'll Be No Deal on DACA without This 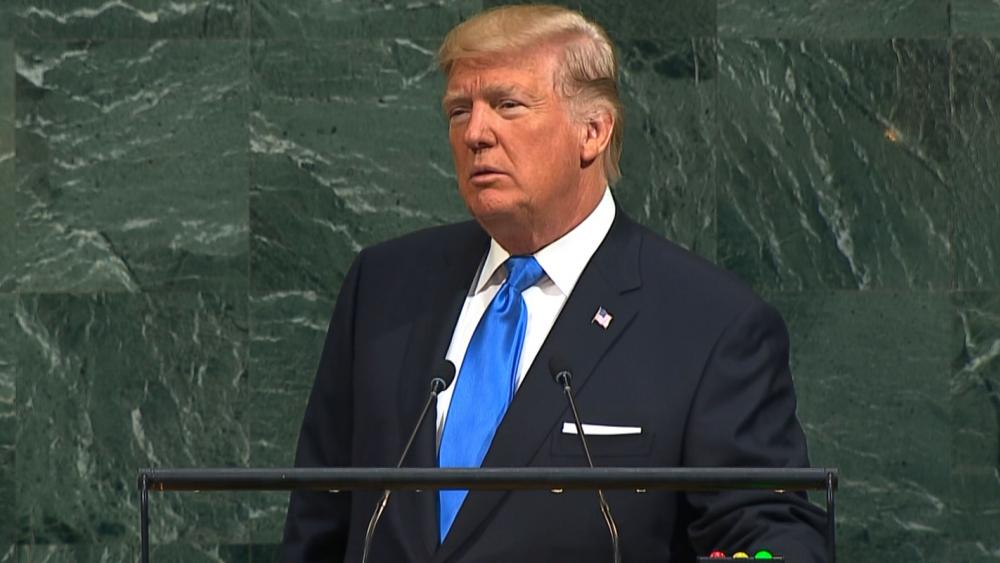 WASHINGTON – President Donald Trump said he is open to a deal to protect some undocumented immigrants from deportation, but not without a border wall, plus an end to chain migration and the diversity visa lottery.

President Trump made the comments on Thursday, ahead of a meeting with key Republican and Democratic senators at the White House next week.

The president told reporters he believes "DACA is going to be terrific," referring to the Deferred Action for Childhood Arrivals program, which he is terminating on March 5.

"Any legislation on DACA must secure the border with a wall. It must give our immigration officers the resources they need to stop illegal immigration and also to stop visa overstays," Trump said.

"And crucially, the legislation must end chain migration," he added. "It must end the visa lottery – dangerous. We'd love to take care of DACA, but we're only going to do it under these conditions."

Trump is inviting a bipartisan group of senators to the White House next week to discuss immigration.

White House spokeswoman Sarah Huckabee Sanders says the gathering will focus on "the next steps on responsible immigration reform."

Lawmakers are trying to hash out a deal on how to extend legal status for hundreds of thousands of young immigrants, many of whom were brought to the country illegally as children.

Trump announced last year that he would be ending the Obama-era program that protects them, but gave Congress until March to come up with a legislative fix.

The president also railed against 'chain migration,' which refers to immigration based on family ties instead of employment, as well as the diversity visa lottery, which has been in the president's crosshairs since the revelation that a suspected terrorist in New York City entered the U.S. through the program years ago.