Some in the Trump administration are calling it 'Plan B.' Now that President Donald Trump has decided to quit the 2015 Iran nuclear deal, what is next?

Secretary of State Mike Pompeo will let the world know in a speech Monday at the Heritage Foundation.

A senior advisor to the secretary of state provided some details of the plan, ahead of Pompeo's speech.

Brain Hook told CBN News, it will be a comprehensive strategy that will include the United States, European countries, and others to rein in Iran's nuclear and non-nuclear activities.

Hook said the Trump administration views the abandonment of the nuclear deal as an "opportunity," not a self-inflicted wound.

"We need a new framework that's going to address the totality of Iran's threats," Hook said in a conference call Friday.

"We see an opportunity to counter and address Iran's nuclear and proliferation threats and to create a better nonproliferation and deterrence architecture for Iran and the region."

Hook said the United States hopes to bring economic pressure from renewed sanctions that will eventually lead Iran back to the table as it did years ago.

This week, the U.S. Treasury imposed sanctions against Iranian finance officials and financiers it said were linked to Iran-backed Hezbollah.

How Will the European Union React?

The major question is, how will European leaders react to the new plan?

According to Reuters, the head of Iran's Atomic Energy Organization said Saturday that the EU promised his country's government it would rescue the nuclear deal that U.S. President Donald Trump decided to quit.

Ali Akbar said in a news conference in Tehran, "We hope the EU's efforts materialize. America's actions show that it is not a trustworthy country in international dealings.

Hook said President Trump and his administration is seeking a diplomatic solution to Iran.

"The goal of our effort is to bring all necessary pressure to bear on Iran to change its behavior and to pursue a new framework that can resolve our concerns," Hook told reporters.

"We very much want to be, to have a kind of up-tempo diplomacy, one that's very focused and very determined to achieve our national security objectives," he said, adding: "We need a new ... a framework that's going to address the totality of Iran threats."

Hook said the Iran nuclear deal had given countries a false sense of security and the United States wanted to ensure any new agreement covered not only Iran's nuclear and missile capabilities, but also curbed its regional activities.

"This involves a range of things around its nuclear program, missiles, proliferating missiles and missile technology and support for terrorists and its aggressive and violent activities that fuel civil wars in Syria and Yemen," said Hook. 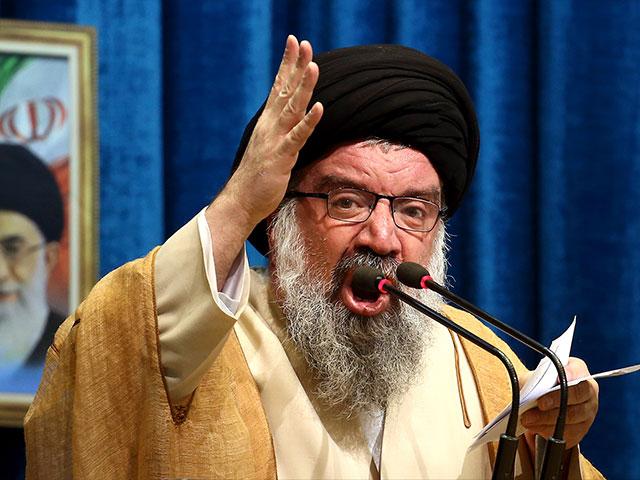