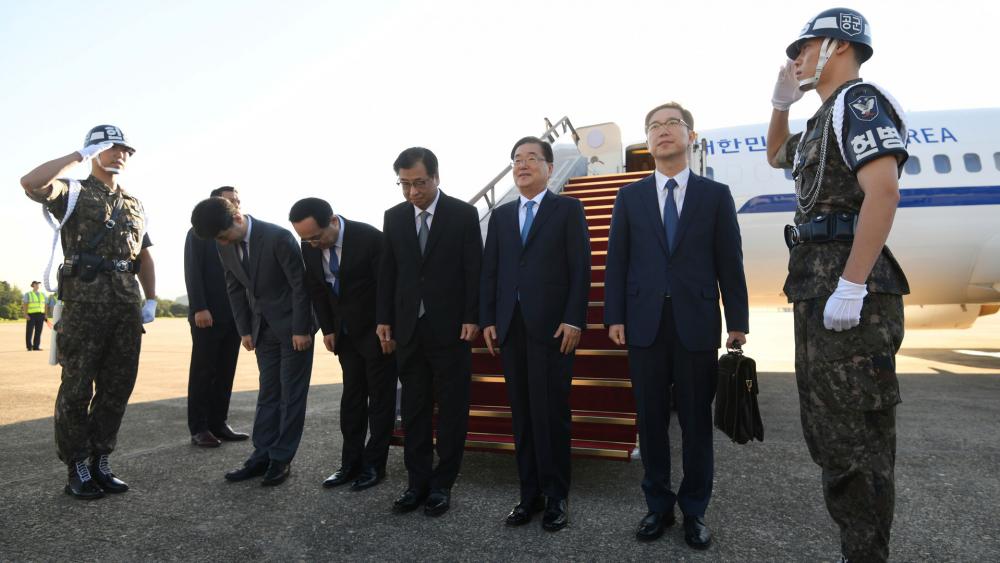 A delegation from South Korea flew to North Korea on Wednesday for talks to arrange a summit later this month.

The meeting is also to help rescue talks between the North and the United States on denuclearization.

President Moon said the envoys are tasked with a crucial role at a "very important time" that could determine the prospects for lasting peace on the Korean Peninsula.

The North has accused the United States of making "unilateral and gangster-like" demands on denuclearization and holding back on the end-of-war declaration.

"Our government believes that an end-of-war declaration is very much needed while we enter a process toward stabilizing peace in the Korean Peninsula through complete denuclearization," Chung Eui-yong, Moon's national security adviser and the head of the South Korean delegation to Pyongyang, said in a news conference on Tuesday.

"We will continue to put in efforts so that an end-of-war declaration can be reached by the end of the year," he continued. "We are always maintaining close communication with the United States."

An About-Face? President Trump Says 'No Reason' for Military Exercises With South Korea 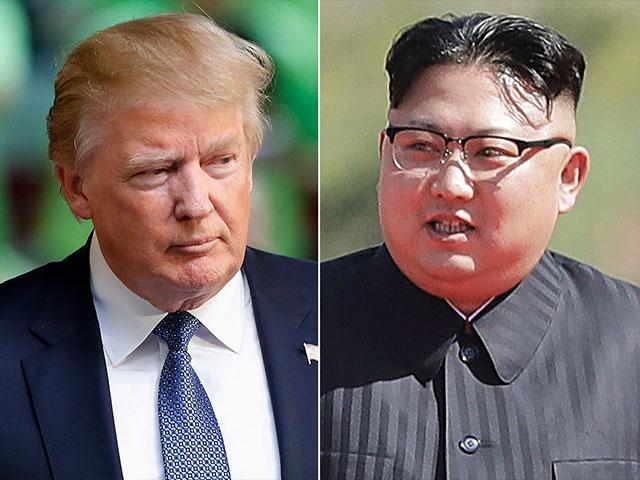