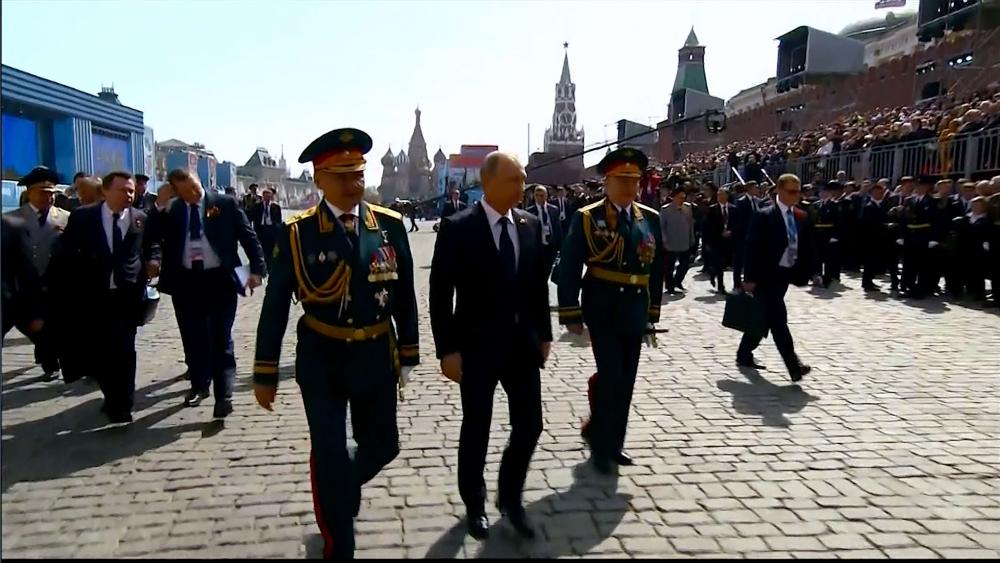 WASHINGTON, DC - A deadly nuclear explosion in Russia last week was another sign the country is working to build up its nuclear weapons program. But while Russia poses the greatest threat, it's far from the only one.

The five scientists were laid to rest along with two others believed to have been killed during testing of the Burevestnik cruise missile. Dubbed Skyfall by NATO, it would be a tool in the Russian's nuclear arsenal, unmatched by any other nation.

Putin himself called it a "vengeance weapon" that would fly lower, faster and farther than any other.

"The danger that I see is that having for essentially 25 even maybe 30 years neglected our nuclear deterrent, we are now not only potentially inferior to the Russians but maybe even emboldening them," said Frank Gaffney with the Center for Security Policy.

President Trump had tweeted, "The United States is learning much from the failed missile explosion in Russia. We have similar, though more advanced, technology."

But Gaffney doubts US technology in this area is really better than the Russians.

"I fear that the president may have been sold a bill of goods here," Gaffney said.  "Some of the work that we have in prospect to modernize our arsenal may be comparable to that of the Russians but it isn't in place now and an awful lot of what they have is."

The US has now pulled out of the decades-old INF treaty and the Pentagon and NATO are trying to quickly develop systems that could fend off a Russian attack.

And while Russia may be the biggest threat, former diplomat and Defense Department official Eric Edelman says it's clear they're not the only one.

"Both Russia and China are investing in new nuclear weapons and nuclear delivery platforms," Edelman said.

Plus there's Iran, which is busy enriching its uranium, priming it for development of nuclear weapons. It's an ongoing source of much contention between the regime and the White House.

While experts agree the chances of nuclear war are slim,  with everyone seemingly ramping up they say it's not out of the question.

Experts are skeptical that Russia will ever work out all of the bugs where the so-called Skyfall or "doomsday" weapon is concerned, and if it does, the question is: at what cost?

The Kremlin has still not confirmed that the explosion was the result of testing the cruise missile, only saying in a statement that "accidents happen."