Rogue Regimes Taunt US and World with Week of Missile Launches 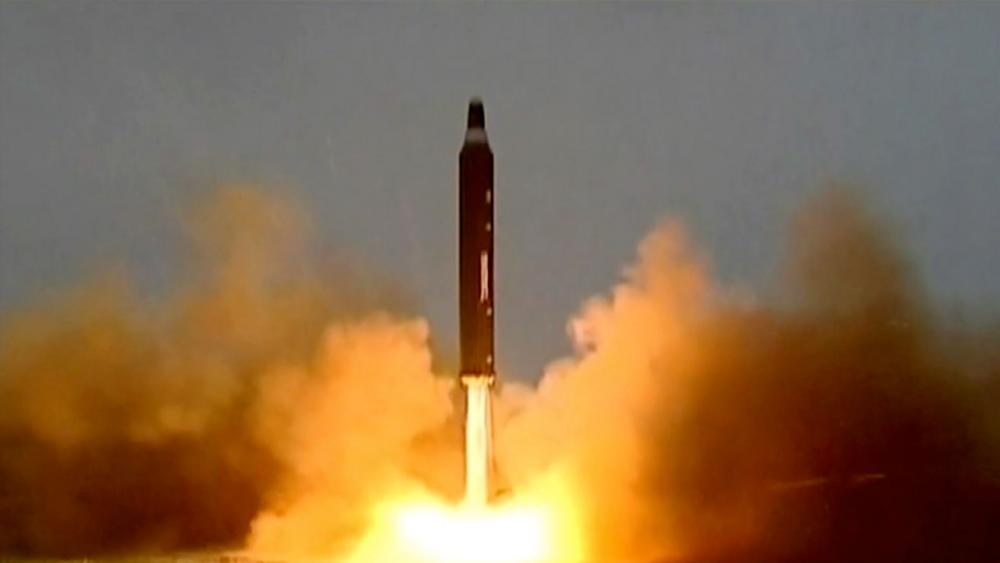 Rogue Regimes Taunt US and World with Week of Missile Launches

WASHINGTON - The rogue regimes in North Korea and Iran both launched missiles this week, testing their ability to wage war and sending a threatening message to the world.

Also this week, Iran reportedly launched a ballistic missile that traveled more than 600 miles. It comes amid heightened tensions between the US and the Islamic regime, as well as Iran's capture of a British oil tanker.

President Trump is working to ensure that both North Korea and Iran are not in possession of nuclear weapons.

South Korean Defense Ministry Spokesperson Choi Hyun-soo said, "South Korea and US militaries are sharing detailed information about North Korea's firing of projectiles. We urge North Korea to stop such actions that do not help the efforts to relieve tensions on the Korean Peninsula."

Whether or not the missile test had overtones, the nuclear talks between the US and North Korea are moving, though protracted. It's been just three weeks since that impromptu sit down that was all smiles and handshakes in which Trump proclaimed, "A very, very good meeting with Chairman Kim."

That's major progress since this Trump tweet from a couple of years ago: "Being nice to Rocket man hasn't worked in 25 years why would it work now. Clinton failed, Bush failed and Obama failed. I won't fail."

But there have been some positive developments since then, for sure. Michael O'Hanlon with the Brookings Institution said, "I think there's a realistic path forward with diplomacy with North Korea."

However, where Iran is concerned the relationship has been rocky and remains rocky.

"And we hope for their sake they don't do anything foolish," Trump said.

The US pulled out of the Obama nuclear deal and imposed sanctions on the regime. It's been downhill ever since. Most recently, Tehran has ramped up aggression, shooting down a US drone and attacking ships in the Strait of Hormuz.

The president offers this warning: "They will pay a price like nobody's ever paid a price."

Rhetoric is plentiful but direct conversation between Iran and the US is not happening -- the regime not interested because of sanctions.

Both North Korea and Iran are the subjects of US-led sanctions and both are humanitarian nightmares by US standards.

But that's pretty much where the similarities in terms of US strategy ends.