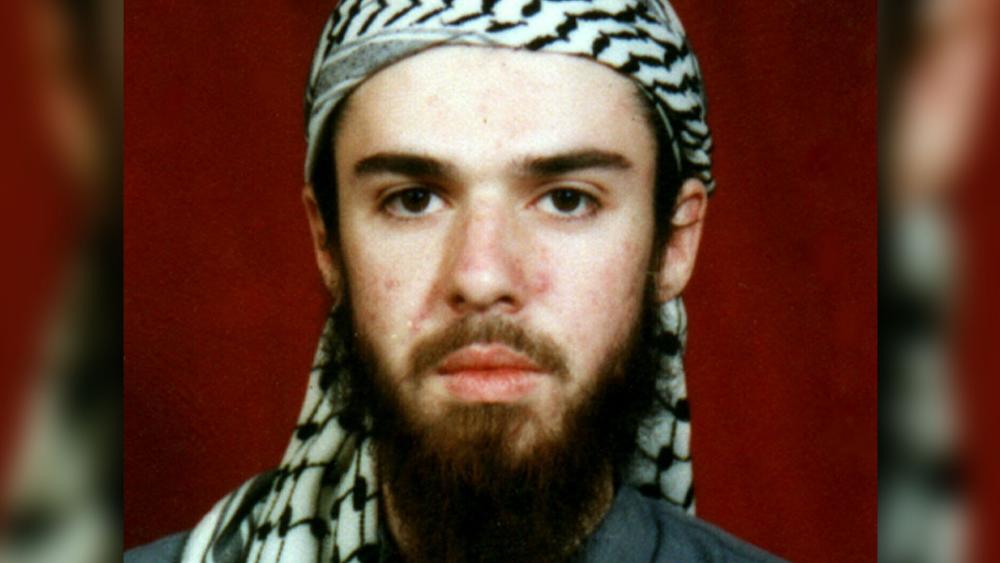 The California citizen known as the 'American Taliban' after he was captured with Taliban fighters in Afghanistan was released from a US federal prison today.

John Walker Lindh served 17 years of a 20-year sentence after receiving a plea deal when he admitted to fighting for the Taliban.

He was captured in 2001 when US forces invaded the country after the 9/11 terror attacks on New York and Washington.

Lindh had traveled from the US to Yemen and then to Afghanistan in 2000 to join an al Qaeda terrorist training camp.

During his time in federal prison in Terre Haute, Indiana, Lindh was held with other Muslim inmates who were also convicted on terror-related charges.

An investigation by the National Counterterrorism Center reportedly discovered in 2017 that the former Taliban fighter "continued to advocate for global jihad and to write and translate violent extremist texts," according to a 2017 report in Foreign Policy magazine.

And authorities are concerned that he could still pose a threat to the country. They're taking steps to prevent him from linking up with Islamic radicals again, hoping to keep him supervised for the next three years.

Michael Jensen, a researcher at the University of Maryland's National Consortium for the Study of Terrorism and Responses to Terrorism, says Lindh's release will create an interesting test case on what to do with convicted terrorists after prison.

It turns out Lindh is just the first of dozens of convicted terrorists who will be eligible for release in the next five years.

His release was opposed by the family of CIA officer Mike Spann who was killed by the Islamic radicals who staged an uprising at the Afghanistan prison where Spann had interrogated Lindh after his capture.

"In a lot of ways, it feels like an injustice. He took part in a prison uprising that led to the death of my father. I don't believe terrorists like this should get credit for time served for good behavior," said Spann's daughter Alison. The Wall Street Journal reports she wrote a letter to President Trump asking him to block Lindh's early release from prison.

Lindh's lawyer reportedly confirmed to the Washington Post that he was in fact released from prison Thursday morning.