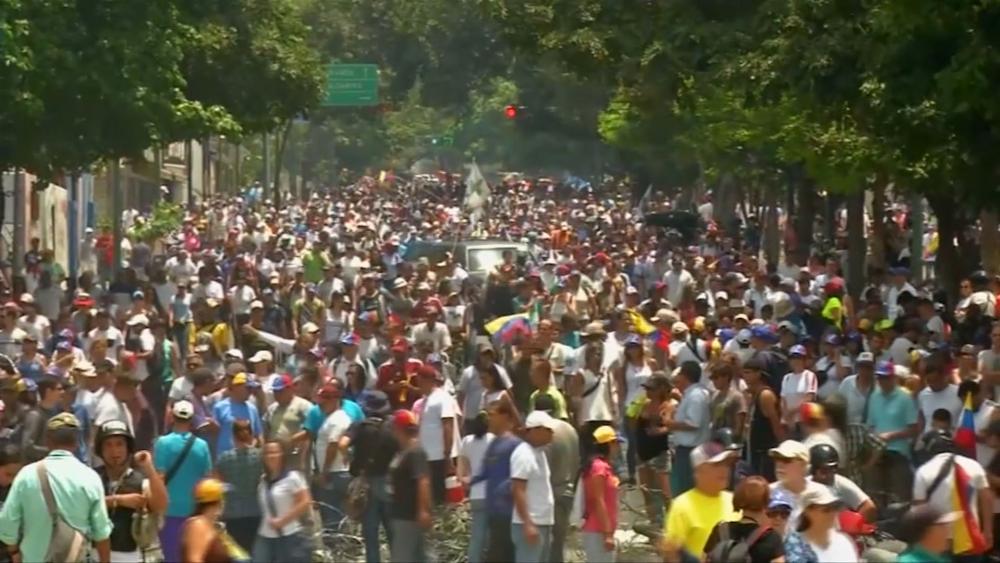 After a week of unrest in Venezuela, the future of the people there appears as uncertain as ever. Those who study turbulent governments say Venezuela's latest uprising may just be a battle and not the war.

For now, Caracas seems almost normal, in stark contrast to days ago when four people were killed and hundreds were injured in a revolt led by self-proclaimed Interim President Juan Guaido. He and supporters are trying to topple dictator Nicolas Maduro and hold a fair election. The effort, though energetic, was met by violent force and proved unsuccessful -- at least for now. But Michael O'Hanlon with the Brookings Institution says that could change.

"There's no algorithm, there's no science to predicting what's going to happen next," O'Hanlon said. "It's a test of will, it's a test of loyalty of institutions and it's a test on some level of the humane-ness of the leader who we already know is not really humane."

O'Hanlon says it's important for the US to build more support for a Venezuelan democracy with neighboring countries.

"We need the Colombias, the Brazils, the Chiles, the Argentinas, even the Ecuadors and Bolivias if we can, and Mexico, and making whatever happens a unified western hemisphere action," O'Hanlon said.

That's especially important considering the support Maduro is likely getting from Iran as discussed on CBN's 700 Club.

Yaakov Katz, author of Shadow Strike, said, "We can only imagine what role the Iranians might be playing in providing logistics, weapons, technical support to Maduro and what that could potentially mean for the rest of the continent no less for the United States."

In Washington, four people were arrested Thursday when pro-Guaido protesters squared off against Maduro supporters at the Venezuelan Embassy.

Meanwhile, the United States is not backing off. President Trump said, "The brutal repression of the Venezuelan people must end and it must end soon."

According to White House, during a phone call Friday, the president reiterated that to Russian President Vladimir Putin who supports Maduro.

White House Press Secretary Sarah Sanders said, "The president is continuing to push for aid to be delivered to those people, beyond that all options continue to be on the table."

When asked if there would be any time table for military intervention, the White House has declined to comment, only saying that right now the emphasis is on diplomacy and providing aid to the people of Venezuela.