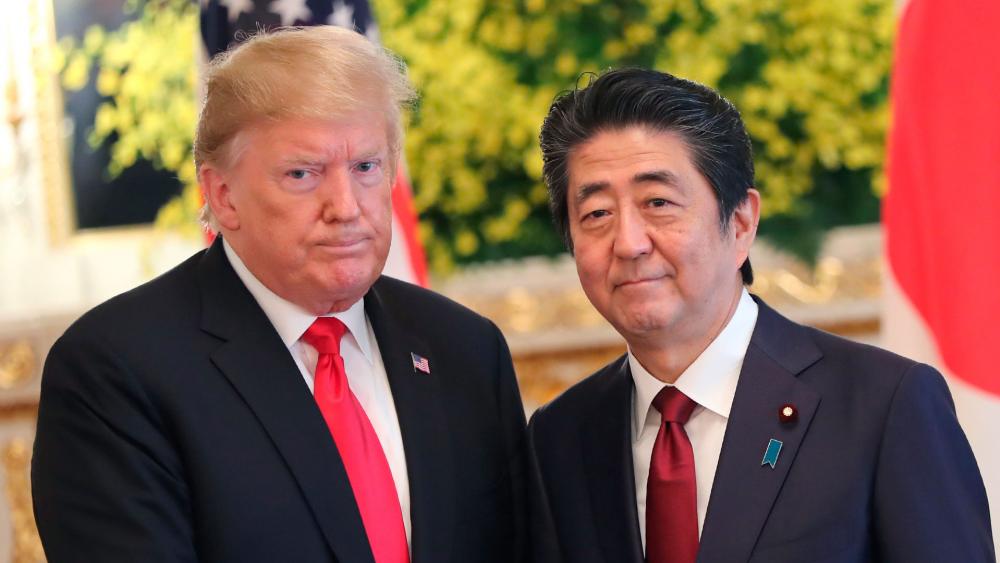 President Donald Trump is visiting Japan where he's addressing the simmering threat of North Korea as the communist regime has just launched another round of missile tests.

The two had plenty to discuss, from trade to the nuclear threat from Japan's neighbor.

The president tweeted that he's not bothered by the rogue regime's recent small range missile launches, and said he's "confident Chairman Kim will keep his promise" to get rid of the nation's nuclear weapons.

North Korea fired off some small weapons, which disturbed some of my people, and others, but not me. I have confidence that Chairman Kim will keep his promise to me, & also smiled when he called Swampman Joe Biden a low IQ individual, & worse. Perhaps that’s sending me a signal?

The North Koreans responded by calling Bolton a "Warmonger."

"The president's focus in this process is the relationship he has (with North Korean leader Kim Jong-un) and continuing on the  path to denuclearization," Sanders said.

But on Fox News Sunday, Trump ally, Sen. Lindsey Graham (R-SC) said Kim will only give up his weapons when forced to.

"The only way Kim will give up his nuclear weapons is if he believes he's better off without them," Graham said, "and you gotta make the threat of military force real. What we do in Venezuela and we do in Iran will make a difference in how Kim reacts to us in North Korea."

In Japan, Trump also discussed Iran with Prime Minister Abe, and with Abe considering a visit to Iran next month, Trump says he could be open to talks with Iranian leaders.

But the administration is still sending 1,500 more troops to the Middle East as tensions with Iran increase. This comes after surveillance photos showed Iranian militia moving missiles onto boats as the US moved a carrier strike group and B-52's into the region.