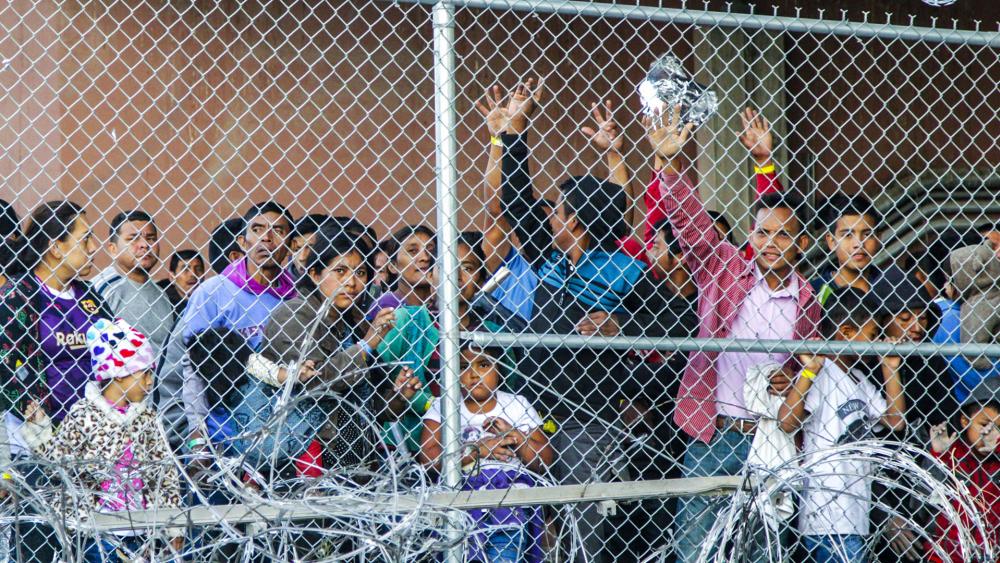 President Trump is taking action against Mexico to try to get it to curb illegal immigration.

The Trump administration is imposing a 5 percent tariff on all imports from Mexico. The is move intended to pressure the Mexican government to crack down on Central American migrants passing through that country on the way to the US border.

The president makes it clear he wants Mexico to stop those migrants rather than allowing them to reach the US.

"On June 10th, the United States will impose a 5% Tariff on all goods coming into our country from Mexico, until such time as illegal migrants coming through Mexico, and into our country, STOP," he wrote.

President Trump says the tariffs go into effect on June 10 and will gradually increase to 25 percent until quote "the illegal immigration policy is remedied."

"We fully believe they have the ability to stop people coming in from their southern border and if they're able to do that, these tariffs will either not go into place or will be removed after they go into place," said acting White House chief of staff Mick Mulvaney.

Critics say Trump's new tariffs risk undermining the United States-Mexico-Canada Agreement that he has worked so hard on. Still, experts point out the US president has the legal authority to impose the tariffs under the International Emergency Economic Powers Act.

The move came a day after US Border Patrol agents caught a huge group after they breached the US border.

Trump tweeted, "Yesterday, Border Patrol agents apprehended the largest group of illegal aliens ever: 1,036 people who illegally crossed the border in El Paso around 4 a.m. Democrats need to stand by our incredible Border Patrol and finally fix the loopholes at our Border!

Yesterday, Border Patrol agents apprehended the largest group of illegal aliens ever: 1,036 people who illegally crossed the border in El Paso around 4am. Democrats need to stand by our incredible Border Patrol and finally fix the loopholes at our Border! pic.twitter.com/6K1rIUzorM