JERUSALEM, Israel - President Donald Trump tapped Robert C. O'Brien as his new national security advisor Wednesday morning just minutes after announcing the US will increase sanctions on Iran due to the Islamic Republic's involvement in the attack on Saudi oil facilities.

O'Brien has recently been working for Secretary of State Mike Pompeo at the State Department, but he formerly served as a major in the US Army Reserve and worked as a US representative to the UN General Assembly under the Bush administration.

While serving at the UN, O'Brien worked with former National Security Advisor John Bolton, who was the US ambassador at the time and had been very hawkish on Iran as Trump's advisor.

Just minutes before Trump announced his new pick, he ordered the new sanctions against Iran.

I have just instructed the Secretary of the Treasury to substantially increase Sanctions on the country of Iran!

It is the latest move in a tense standoff between the US and Iran after Saudi oil facilities were attacked over the weekend. Saudi prince Khalid bin Bandar said the attack was "almost certainly" Iranian-backed, but Iran denies involvement.

It is not clear to whom the sanctions will apply.

Pompeo was traveling to Saudi Arabia on Wednesday for meetings with Saudi officials in the wake of the attack. However, US officials say a full response from the US is unlikely until after he returns.

CNN reports that Trump discussed military and non-military actions against Iran during a meeting with his national security team on Monday.

Iran is warning the US it will retaliate "immediately" if the country is targeted.

"If any action takes place against Iran, the action will be faced by Iran's answer immediately," Iran said in a note sent through Swiss diplomats in Tehran on Monday. It added that Iran's response would inflict damage beyond what it suffers in any possible future attack.

The stand-off between the two countries makes the possibility of direct talks between Trump and Iranian leaders at the high-level meetings at the UN very unlikely.

Iran's president and the foreign minister may not even be able to attend the UN meetings because the US has yet to issue them visas, Iranian state media reported.

Meanwhile, the state-run Saudi Press Agency issued a statement Wednesday saying the kingdom had joined a US-led coalition to patrol the Middle East's waterways to reduce Iranian aggression there. Australia, Bahrain, and the United Kingdom already have joined the coalition.

The goal is to secure and surveil the Persian Gulf region, including the Strait of Hormuz and the Bab el-Mandeb Strait. 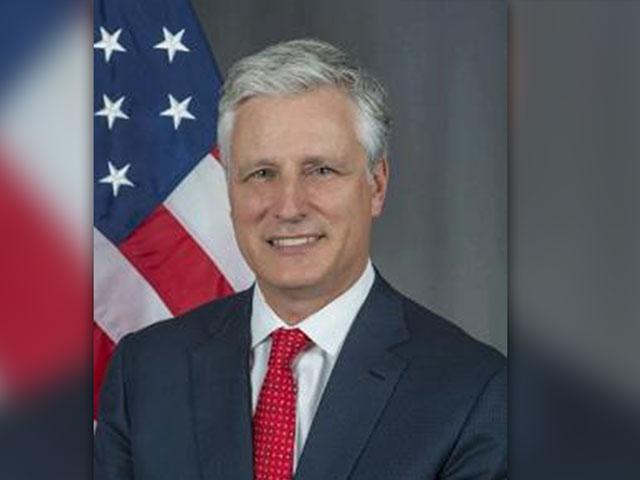