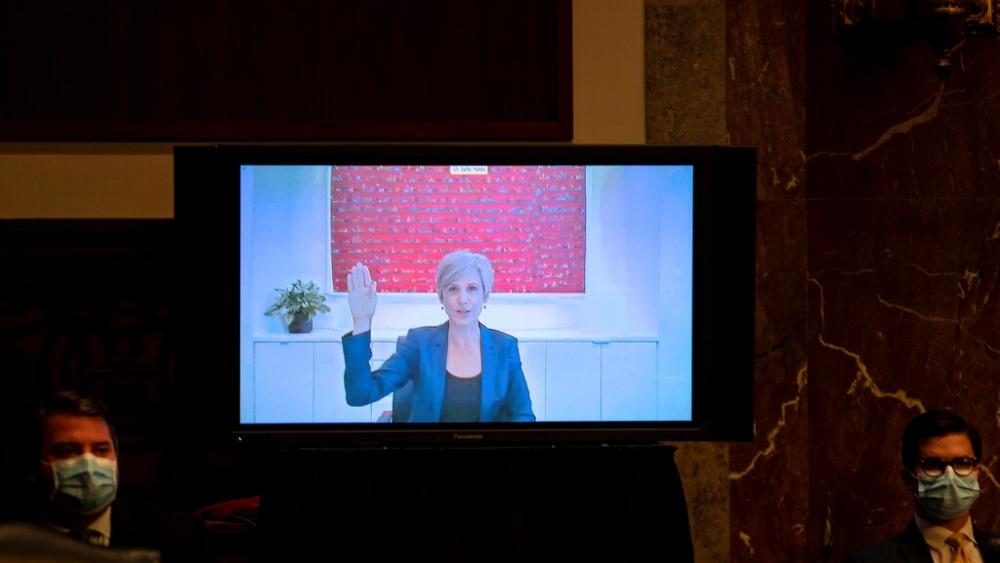 Sally Yates, former Deputy Attorney General is sworn in to testify during a Senate Judiciary Committee oversight hearing on Capitol Hill in Washington. (Erin Schaff/The New York Times via AP)
6178575861001
Yates Testifies She Would Not Have Approved Carter Page Surveillance if She Had Known About Errors

During testimony on Capitol Hill Wednesday former Deputy Attorney General Sally Yates said if she had it to do all over again, she would not have signed a warrant application allowing the 2016 investigation into Russian election interference to go forward.  That's because the application to surveil Trump aide Carter Page contained incorrect and incomplete information, something Yates says she did not know at the time.

The balance of Wednesday's hearing focused on what happened and who was present during a specific White House meeting on January 5, 2017.

That meeting took place after the US discovered Russia had interfered in the election. The Obama White House ejected Russian operatives from the US and slapped sanctions on the country.

"As expected the Russians said they would retaliate," Yates said.  "But then the very next day, that inexplicably changed course and said that they didn't intend to take any responsive action."

"General Michael Flynn, the incoming national security advisor, was having back-channel discussions with Russian ambassador Sergey Kislyak," Yates said. "Recorded conversations between Gen. Flynn and the ambassador revealed that Gen. Flynn had essentially neutered the US government's message of deterrence."

She said the president was trying to determine whether it was appropriate to continue sharing classified information with Flynn, given these revelations.

"During the meeting, the president, vice president, and the national security advisor did not in any way attempt to direct or influence any kind of investigation," Yates said. "Something like that would have set off alarms for me."

Sen. Lindsey Graham (R-SC) probed further, trying to find out who may have insinuated that Flynn possibly violated the Logan Act.  It prohibits negotiation by unauthorized American citizens with foreign governments having a dispute with the United States.

"The real question isn't whether the Logan Act was violated," said Sen. Diane Feinstein (D-CA).  "The question is whether Flynn was acting on his own without the president-elect's knowledge or permission."

On Wednesday President Trump tweeted "Sally Yates has zero credibility. She was a part of the greatest political crime of the century, and ObamaBiden knew everything!"

During her testimony, Yates underscored that as we head into the 2020 presidential election, she hopes the lessons learned from 2016 will
prevent foreign interference again.