The Troubling Signs of a Dangerous New International Arms Race 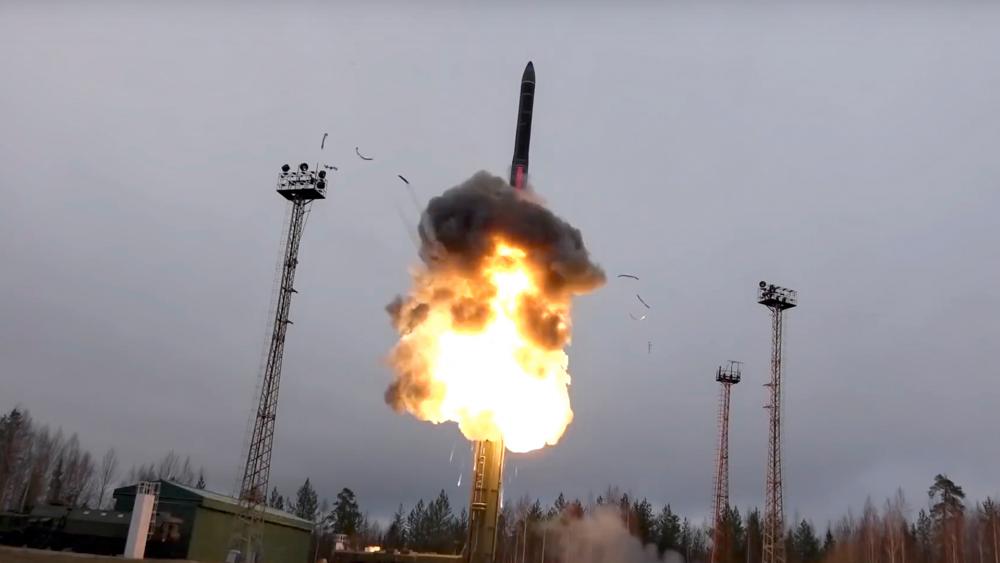 The Troubling Signs of a Dangerous New International Arms Race

WASHINGTON – With North Korea threatening to unveil a new "strategic weapon" and Russia and China also flexing their muscles, concerns are growing about a new international arms race.

In his latest threat to the United States, North Korean Dictator Kim Jong Un also teased the possibility of breaking his country's self-imposed ban on testing nuclear weapons and intercontinental missiles. President Trump, though, seems to be playing it down.

"Look, he likes me. I like him," Trump told reporters at his Mar a Lago resort. "We get along. He's representing his country. I'm representing my country. We have to do what we have to do."

Both North and South Korea, along with the US, are locked in ongoing negotiations over denuclearization. However, South Korea's unification minister has said if the North unveils a new weapon, South Korea will abandon talks for peace on the Korean Peninsula.

US Secretary of State Mike Pompeo says he hopes it doesn't get to that point.

"We're hopeful the President, or the Chairman Kim, will make the right decision, and he'll choose peace and prosperity over conflict and war," Pompeo told Fox News.

Kim's threat comes just a few days after Russia announced that its new hypersonic weapon – which can travel 27 times the speed of sound – is operational and ready for war.

"As long as we are strong, united and firm then, of course, we can also engage in dialogue with Russia, including on arms control," Secretary General Jens Stoltenberg said Wednesday. "We must avoid a new arms race. That's expensive, it's dangerous."

Right now Russia is the only country with the weapon but China is also developing something similar and the US is working on one too.

"China provides great economic opportunities, it has lifted millions of people out of poverty, but at the same time we see that China invest heavily in new, modern capabilities," explained Stoltenberg. "A few weeks ago, they displayed a new intercontinental ballistic missile, able to reach Europe and North America."

It all points to growing concerns of a new worldwide arms race and the very real possibility that a future military conflict could be devastating.