America's Enemies Are on the Offensive, Allies Feel Alienated 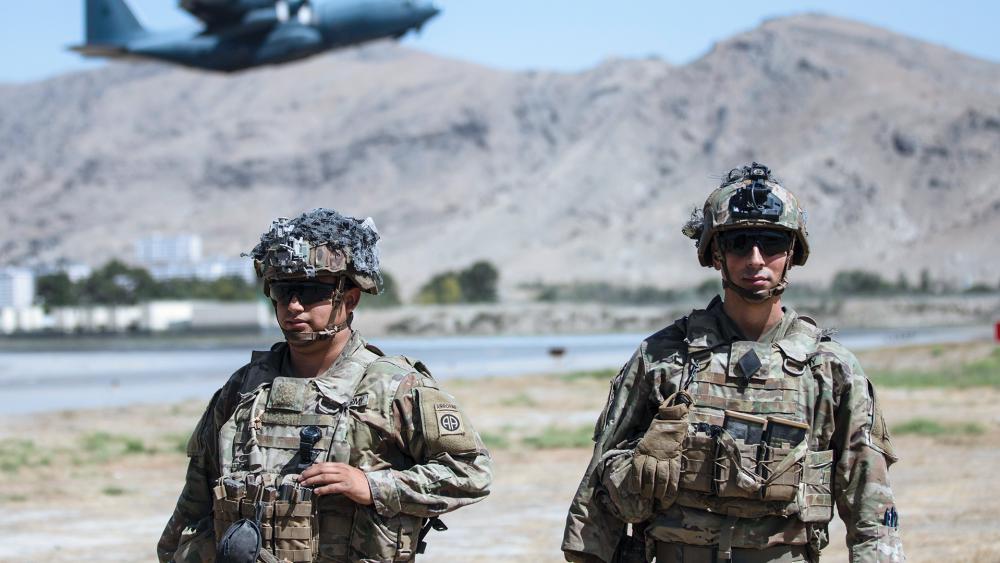 Two paratroopers assigned to the 1st Brigade Combat Team, 82nd Airborne Division conduct security while a C-130 Hercules takes off during a evacuation operation in Kabul, Afghanistan, Wednesday, Aug. 25, 2021. (Department of Defense via AP)
6269606577001
America's Enemies Are on the Offensive, Allies Feel Alienated

The catastrophe in Afghanistan has the Biden administration in damage control, and our enemies are taking advantage by going on the offensive.

"We have Iran resuming oil shipments to both Afghanistan and Lebanon in open defiance of the administration, some sort of bizarre attack on the Vice President's traveling party in Singapore. It seems like it's open season on American interests," said Victoria Coates, a member of former President Donald Trump's National Security Council.

There's also been increased pressure from China on Taiwan and Hamas firing rockets on Israel. Coates told CBN News that this goes beyond just testing a new administration thanks to the message the botched Afghanistan withdrawal is sending our adversaries.

"Across the board, this is just a terrible signal of American weakness," Coates said.

Our enemies, meanwhile, are making the most of it. Hezbollah leader Hassan Nasrallah says U.S. behavior during the Taliban takeover of Afghanistan indicates, "the moral downfall of America."

"They evacuated the dogs who worked in the security forces, but not those who aided them. They took out their equipment but left the human beings behind…these are the Americans," Nasrallah said.

China points to the failure as another sign of American decline. Using an op-ed to warn Taiwan that if war breaks out, the U.S. military won't come to their aid.

Russia is also using the hasty retreat to sow seeds of doubt. Vladimir Putin's top national security advisor is claiming that America will abandon Ukraine just as they did Afghanistan.

Brett Bruen, the director of global engagement in the Obama White House, says America's foreign policy is changing, and if we don't provide a clear narrative of what that means our enemies will continue to do it for us.

"One of the things that I was really pressing for when I worked in the Obama White House is this idea that America needs a new story for the world," he explained. "Roosevelt, Churchhill, Reagan, gave the world, and gave Americans, a sense of who we are and what we're doing.

With more foreign policy challenges ahead, both Coates and Bruen say it's time for a shakeup of Biden's national security team.

"He's got to get some new leadership in there. He's got to reassure both folks here in Washington, as well as in foreign capitals, that the right team is in place, that they have learned the lesson of what went wrong in Afghanistan, and that going forward we are going to be a more reliable partner," said Bruen.

Biden has the opportunity to reassure at least one important ally this week with Israel's new prime minister visiting the White House Thursday. There's no doubt he'll be bringing up his country's security.