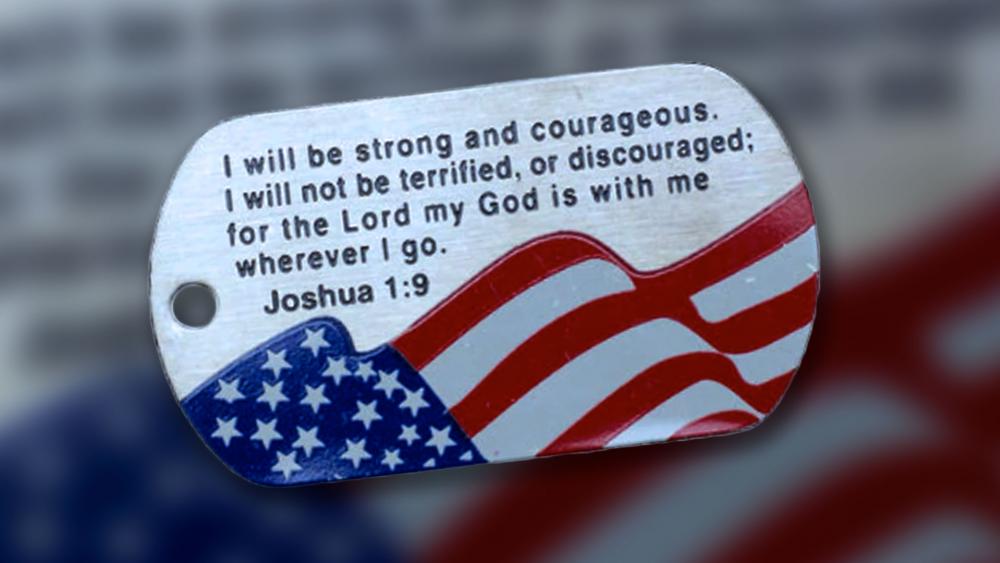 Shields of Strength (SoS), a faith-based seller of military-themed products, is taking the Department of Defense to court after it told the Texas-based company to stop printing scripture on its dog tags.

Attorneys with First Liberty Institute filed the lawsuit on Dec. 14, calling the Pentagon's move "arbitrary and capricious and an abuse of discretion." It also states that the military is violating the First Amendment's right to religious liberty.

"This lawsuit may set precedence to protect against First Amendment restrictions for Christians serving in Uniform and to protect Christian owned businesses against unfair Trademark practices by the federal government," reads a statement on the SoS website.

CBN News previously reported that SoS owner Kenny Vaughn has been making dog tags for 20 years. He says they have been a blessing to countless military men and women.

"Soldiers and Marines love having God's word around their necks ... it encourages them and strengthens them for their fight," Vaughan said.

But in 2019, Vaughn received pushback from an anti-religion organization called the Military Religious Freedom Foundation (MRFF) who wanted the company to stop making the dog tags with scripture. MRFF complained to the Pentagon, the Army, and Marines about SoS then sent cease and desist letters to Vaughn that threatened legal action.

One of the letters said it could not "...tolerate merchandise that had a) Marine Corps trademarks and b) a religious theme. This is in direct violation of the Department of Defense Instruction..."

"Further, please refrain from submitting items for approval that are clearly of a religious nature and which bear USMC trademarks," the letter went on to say.

Mikey Weinstein, who leads MRFF said, "We are not anti-faith, we are pro-Constitution."

However, his organization fights to remove all signs of faith from the military. And Attorney Mike Berry of First Liberty Institute says separation of church and state is not found in the Constitution, noting that Weinstein has a clear agenda.

"His agenda is to eradicate any form of religious expression from our military," Berry said.

During an interview with The Washington Times, Weinstein emphasized that only dog tags "with an official DoD emblem" are allowed under the Pentagon policy.

He told The Times, "We're not a Christian country. Christianity has no special place as a matter of law in this country any more than Satanism does, or atheism does, or for that matter, the worship of Spider-Man. The beauty of this country is that everybody is supposed to be equal."

Vaughan says he'll continue fighting to carry forth his God-given mission: "To share the love, hope, forgiveness, and power of God's Word with others and to see people victorious in life's battles and in a relationship with Jesus Christ." 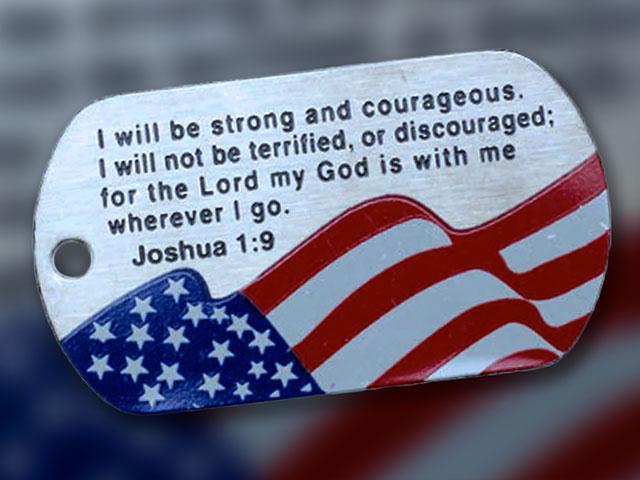