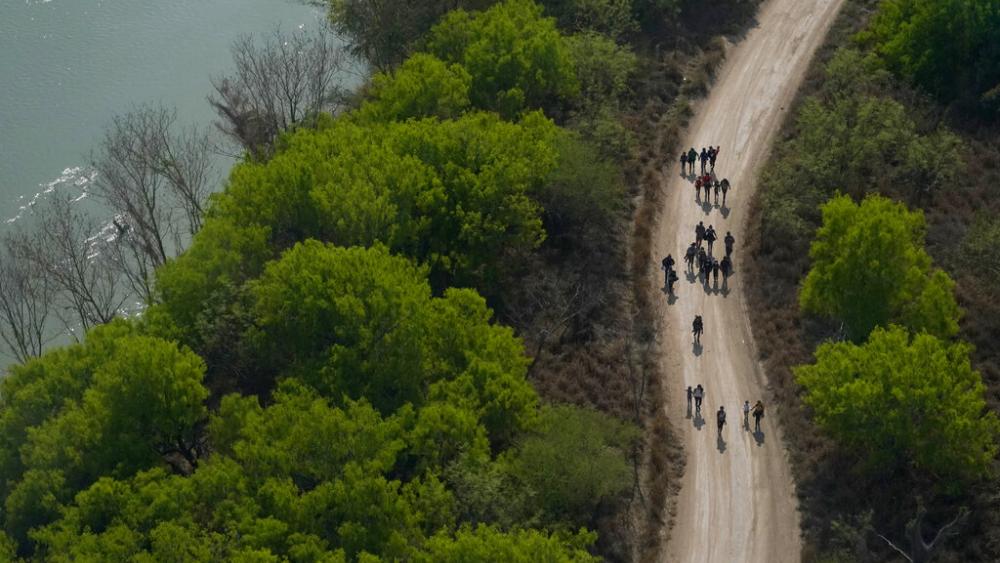 Since President Joe Biden took office, illegal crossings have gone up every month. In April, a 900 percent increase from a year ago.

Homeland Security Secretary Alejandro Mayorkas was in the hot seat Thursday on the record number of children making the journey alone.

"We are dedicated to an orderly, safe, and humane immigration system," said Mayorkas.

But it was a tense day on Capitol Hill for the Homeland Security secretary.

"Are you disappointed President Biden and Vice President Harris have not taken the time to come to the border?" asked Sen. Rick Scott (R-FL).

Sen. Ron Johnson (R-WI) also criticized the Biden administration for allowing so many people to come flooding in. "In March of this year, almost 19,000, last month in April, 17,000 unaccompanied children, those are the numbers we can talk about, you know, your percentages and tripling numbers since April. But here's the problem. There's the surge and it is undeniable. And yet you are denying it. And this is as close to open borders as we could possibly have."

Much of the focus is on the record numbers of children making the journey alone and arriving in the United States faster than they can be processed and placed in sponsor homes.

Images of packed facilities are pressuring the administration to act.

While down slightly from an all-time high in March, more than 17,000 unaccompanied minors crossed illegally in April.

Under Biden's relaxed rules, they are likely here for good.

Republicans blame the surge on the rollback of Trump's border policies.

But Mayorkas, along with Democrats say they want to address the violence and poverty that has migrants fleeing their home countries.

Mayorkas, along with the Biden Administration have also been touting less packed border facilities.

But sources say many migrants have been moved onto other ones run by Health and Human Services where the numbers keep going up.