'This is a Big Deal': Could China's Military Exercises Be a Real-World Test to Blockade Taiwan? 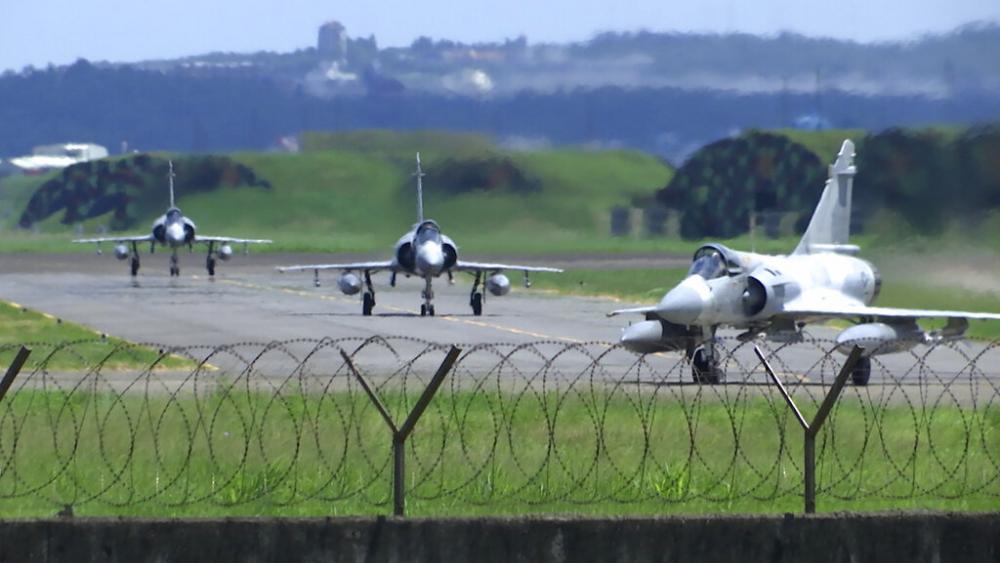 Taiwan Air Force Mirage fighter jets taxi on a runway at an airbase in Hsinchu, Taiwan, Friday, Aug. 5, 2022. (AP Photo/Johnson Lai)
6310560702112
'This is a Big Deal': Could China's Military Exercises Be a Real-World Test to Blockade Taiwan?

ABOVE:  Bradley Bowman, senior director of the Center on Military and Political Power at the Foundation for Defense of Democracies appeared on the Wednesday edition of CBN News' Faith Nation, seen weekdays on the CBN News Channel.

China is upping the ante against the U.S as tensions intensify over Taiwan.

The country is halting cooperation with the U.S. on a range of issues and sanctioning House Speaker Nancy Pelosi and her family in the face of the speaker's visit last week.

There's been an increase in military exercises off Taiwan's coast and commercial airline flights were canceled over safety concerns as missiles were fired Thursday near Taiwan.

China's show of military force has led to fears that the communist power is preparing to invade the self-rule island.

Bradley Bowman, senior director of the Center on Military and Political Power at the Foundation for Defense of Democracies, told CBN News' Faith Nation that China is "rehearsing" a blockade against Taiwan.

"This is a major escalation. Whether you look at the aircraft involved, the ships involved, the missiles employed ... this is a big deal. More than 100 Chinese aircraft are involved, including fighters and bombers," Bowman said. "More than 10 major vessels. Just today, 49 People's Liberation Army aircraft crossed the median line in the Taiwan strait and they've focused their naval exercises on six areas all around the island of Taiwan."

Bowman believes Pelosi's trip to Taiwan was appropriate and sent a message that America stands with the Taiwanese people.