Airport Security of the Future: What Is Hexwave and How Will It Change Passenger Screening? 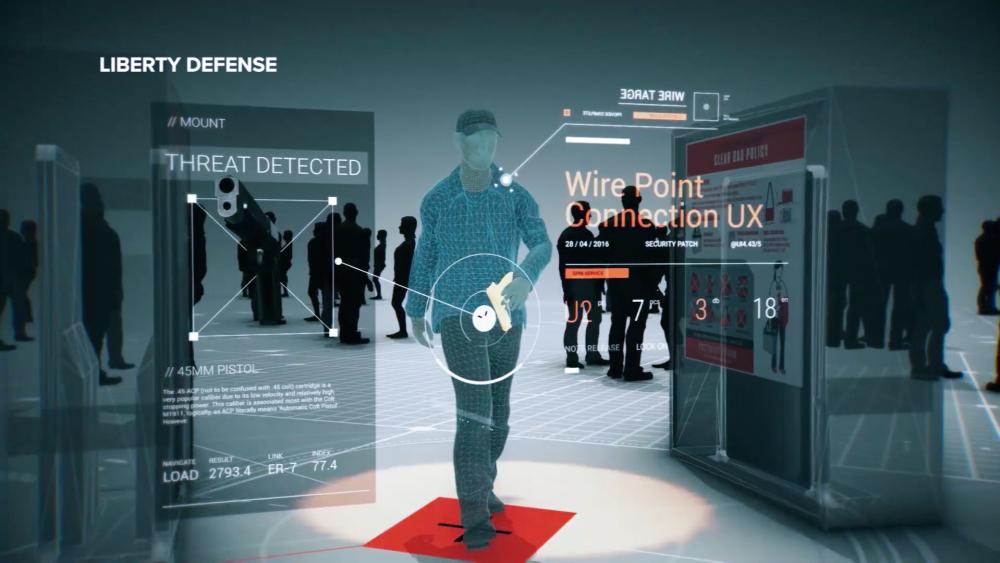 TSA screening with Hexwave
6291576262001
Airport Security of the Future: How the TSA Plans to Use A.I. and Hexwave to Expedite Passenger Screening

A growing number of Americans can't remember going through an airport that didn't include enhanced security measures. While mostly effective in keeping people safe, they're also time-consuming and inconvenient.

After the terror attacks of 9/11, the security protocol in airports changed, but many of the enhanced measures evolved over time.

"Unfortunately, there's continued to have (sic) events that happened. You had the underwear bomber, which changed the way we looked at 'people screening', and all of a sudden body scanners became the norm. You had the shoe bomber, so there's all these events that took place, so there's a lot of reactive approach to it," explained Bill Frain, the CEO of Liberty Defense, a technology company that develops security products.

The Transportation Security Administration (TSA) and its partners are now focused on being proactive, to stay ahead of potential threats.

One of the missions of PNNL is national security, and its researchers are behind much of the screening technology in airports today.

"The portals that you go through with your hands above your head, that came out of the laboratory. In fact, we lovingly call this, at the laboratory, the 'PNNL Salute'," Krishnaswami told CBN News.

Those scanners use millimeter wave technology.

"That technology, the basic technology, and the basic invention came out in the 1990s... Now there was no real need for commercial deployment or deployment in the airports because airport security, at that time, was very different," Krishnaswami explained.

The initial technology was actually marketed to be used in apparel fitting.

"You stand in the portals, get yourself measured so that you have exact body measurements that can be transferred to somebody that is making clothes so that they can fit clothes for you accurately," said Krishnaswami.

Then, 9/11 catapulted millimeter wave tech to the forefront of national security.

"So that's the older generation of the technology that is currently being sold, even today, at the airports," Krishnaswami said.

PNNL researchers are constantly working on taking their technologies one step further. Now, a second-generation millimeter-wave system is close to being deployed.

"The way Hexwave works is, first of all, it's a walk-through portal, and it uses radio frequency and real-time 3D video-rate imaging so we can determine if an individual has a threat on their body," explained Frain.

"We've trained it to ignore some of the common benign objects, so you won't have to divest, so your phone, your keys, belt, wallet, watches, glass cases...We use AI so we can provide automated decisions to a security operator to process people at speed," he continued.

Liberty Defense developed Hexwave using technology licensed from PNNL. Frain says the key differentiator between it and existing technologies is the ability to detect non-metallic threats.

"As the people trying to do, and defeat the system, to do harm, they're being more creative, they're using 3D plastic guns, they're using liquid explosives they know that some of these metallic detection systems can't detect that," Frain told CBN News.

Liberty has also licensed a shoe scanning technology from PNNL that can be used inside the Hexwave or existing body scanners.

"Imagine if you didn't have to take your shoes off at the airport. Talk about passenger experience, that's probably top of the list when we talk to people going to the airports," Frain said.

While this scanning tech is a few years away, the Hexwave system will soon be deployed to screen aviation workers who access secure areas of the airport. After that, the goal is for it to be used at all security checkpoints, allowing travelers to pass through without breaking stride.

"The goal is high level of security and detection capability, but make it so there's a low false alarm rate so you can continue to process the passengers and make it a good experience," said Frain.

Other interesting technology in the pipeline includes the ability to differentiate powders from liquids in baggage, and a way to detect explosives in their vapor form so that bomb-sniffing dogs are no longer needed.