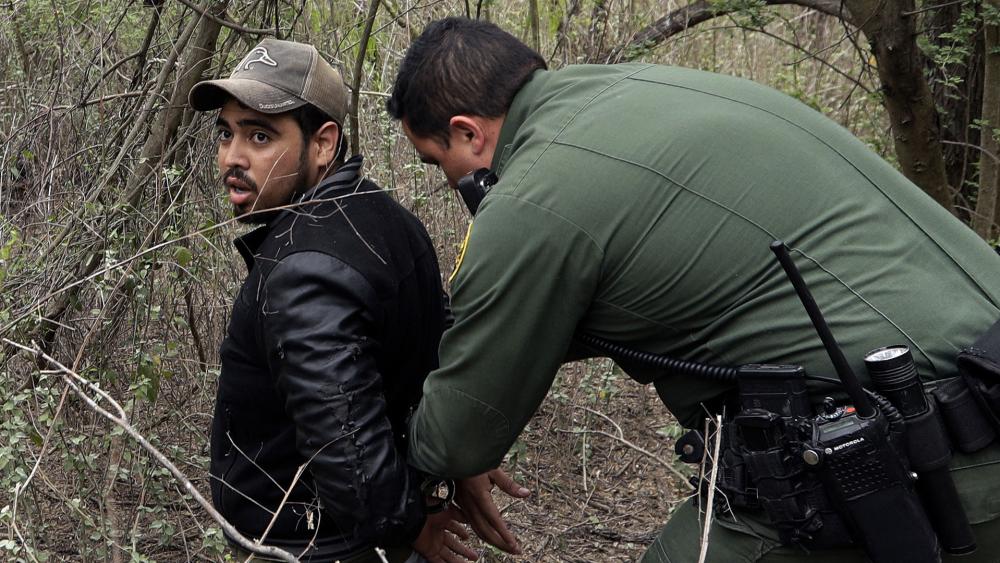 A Border Patrol agent arrests a man suspected of having entered the US illegally near McAllen, Texas. (AP Photo/Eric Gay
6314331802112
Illegal Crossings Near Stunning 3 Million Mark: Texas DPS Warns 'Border Is Not Secure'

The numbers show the growing chaos at our southern border is only getting worse. The latest data shows the number of illegal crossings over the last year is quickly approaching the 3 million mark.

"The border is not secure. We know that for a fact," said Chris Olivaraz, a spokesman from the Texas Department of Public Safety.

In fiscal year 2022, there were nearly 2.4 million illegal crossings. That is a 37% spike from the same time a year ago and it does not include the hundreds of thousands more who got away.

In recent years, most of the people who have breached the southern border have come from Guatemala, Honduras, and El Salvador. But border officials say migrants arriving from Venezuela, Cuba and Nicaragua have now surpassed them with a 245% surge since September of 2021.

***Sign up for CBN Newsletters to keep receiving the latest news you need.***

When asked about it this week during a press briefing, White House Press Secretary Karine Jean-Pierre told reporters, "We are hard at work toward a regional solution to manage this new challenge."

Not everyone is as fortunate. More than 850 people are known to have died while trying to get here, which is the highest number yet.

"It's very, very lethal in small doses, these cartels have realized they can make lots and lots of money producing it. It's been found in black market Adderall. Ecstasy pills. It's been found in cocaine," said Ron Vitiello, a former U.S. Immigrations and Customs Enforcement director.

Meanwhile, the FBI and others have warned the "staggering" numbers pose a "significant security issue" that can be exploited by terrorists too. A whopping 98 terror watchlist suspects were arrested at the border in the last 12 months, but that doesn't include any who might have made it through undetected.