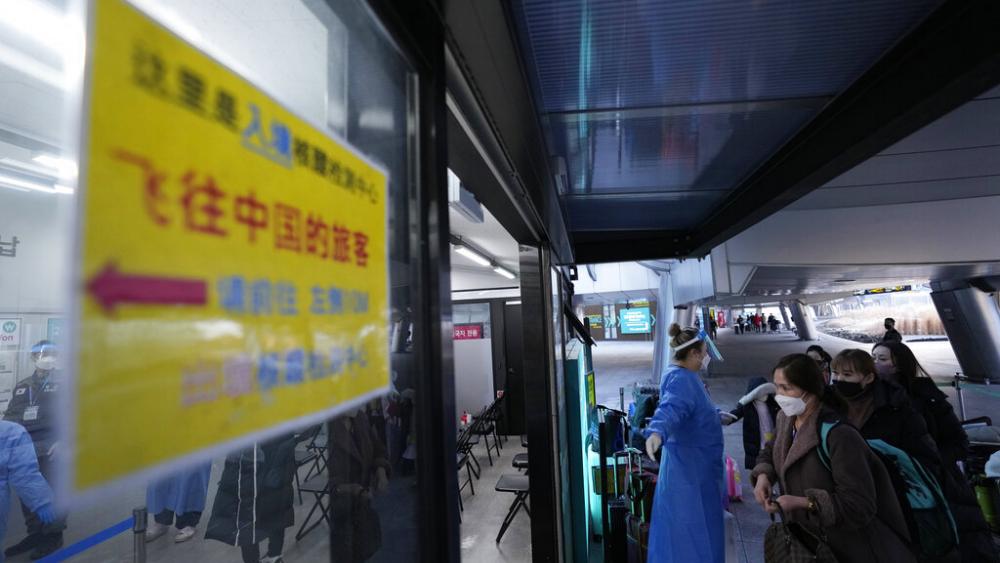 For the first time in nearly three years, China is feeling the full impact of COVID-19. Nationwide protests led to a complete reversal of the country's "Zero-COVID" policy. Now, COVID is surging, and the death toll is rising.

That has authorities here at home assessing what the crisis could mean for the United States. Along with several other countries, the U.S. has imposed a new set of travel restrictions for airline passengers flying in from China. Anyone two years and older must now provide airlines with a negative COVID test result taken no more than two days before departure.

Dr. Alok Patel, a pediatrician and medical journalist, said, "Given the fact that we don't have clear data about how much COVID is circulating in China and what variants are circulating, I'm not surprised that the CDC has taken these additional steps to keep the United States protected."

Those restrictions could come with a price tag, however. China suspended visas Tuesday for South Koreans coming into the country for business or tourism, apparently in retaliation for Seoul's policy to test all Chinese travelers coming to South Korea.

Health experts now say with certainty that the COVID situation in China is bad, although Beijing has yet to release any data.

Dr. David Dowdy of Johns Hopkins Bloomberg School of Public Health explained that "For a country as vast as China, it's very difficult you know; you can follow the same news stories that everyone else is and and see pictures of makeshift morgues and swelling hospitals, but it's actually very difficult to get a sense of just how representative this is."

Given the Communist government's continued lack of transparency, other countries are also pushing for greater restrictions.

Dowdy, who is an epidemiologist, says he doesn't believe a new variant should be a major concern.

"Even with this, this surge, I'm sure that in January, China is not going to account for the majority of the world's COVID-19 admission. This is something that's happening around the world. And these every time the virus is transmitted, it gets a chance to mutate," Dowdy explained.

He believes the biggest flaw in Beijings zero-COVID reversal is failing to mandate vaccinations before removing restrictions. He also maintains the world's biggest focus should be on humanitarian aid as China's death toll is likely skyrocketing.

Dowdy cautioned, "We're talking about a country that has more than four times as many people as the United States, and this wave is is going across the entire country in lightning speed. When a lot of people have not been vaccinated or ever seen this – this virus – before, and so this is COVID mortality on a scale we haven't seen globally since last winter."